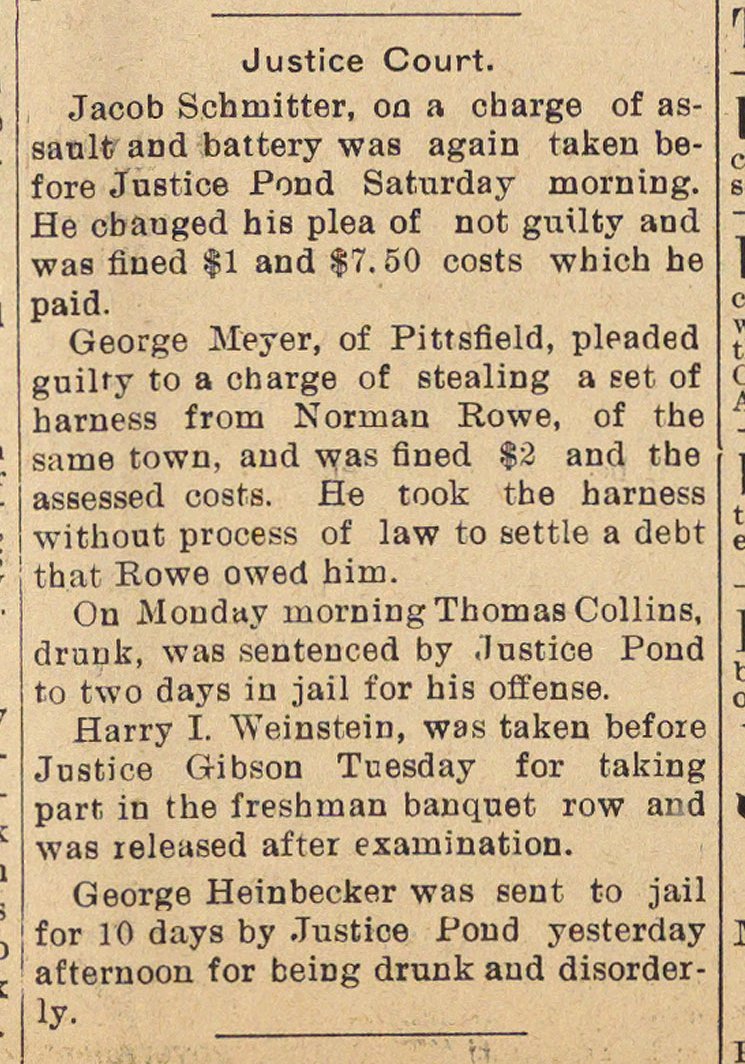 Jacob Schrnitter, on a charge of assault and battery was again taken before Justice Pond Saturday morning. He cbauged his plea of not gmlty and was fined $1 and 7.50 costs which he paid. George Meyer, of Pittsfield, pleaded guilry to a charge of stealing a set of harness from Norman Rowe, of the same town, and was fined $2 and the assessed costs. He took the harness without process of law to settle a debt that Rowe owed him. On Mouday morning Thomas Collins, druuk, was sentenced by Justice Pond to two days in jail for his offense. Harry I. Weinstein, was taken before Justice Gibson Tuesday for taking part, in the freshman banquet row and was released after exarnination. George Heinbecker was sent to jail for 10 days by Justice Pond yesterday 1 af ternoon for being drunk and disorderiy.