Death Of Michael Wade, Of Lima 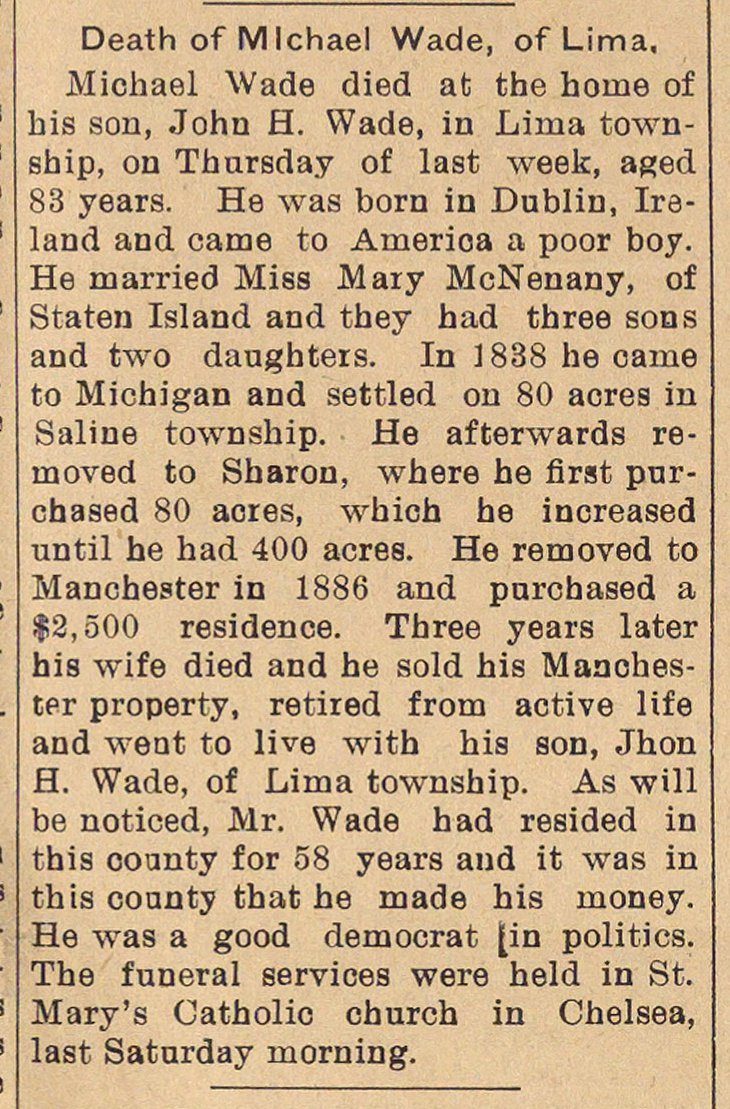 Michael Wade died at the home of bis son, John H. Wade, in Lima township, on Thursday of last week, aged 83 years. He was bom in Dublin, Ireland and carne to Amerioa a poor boy. He married Miss Maiy McNenany, of Staten Island and they had three sons and two daughters. In 1838heoame to Michigan and settled on 80 acres in Saline township. He afterwards removed to Sharon, where he first purchasad 80 aores, wbich he increased until he had 400 acres. He removed to Manchester in 1886 and purchased a 2,500 residence. Three years later his wife died and he sold his Manchester property, retired from active life and went to live with his son, Jhon H. Wade, of Lima township. As will be noticed, Mr. Wade had resided in this coanty for 58 years and it was in this coanty that he made his money. He was a good democrat [in politics. The funeral services were held in St. Mary's Catholic church in Chelsea, last Saturday morning.