Proves To Be A Fake 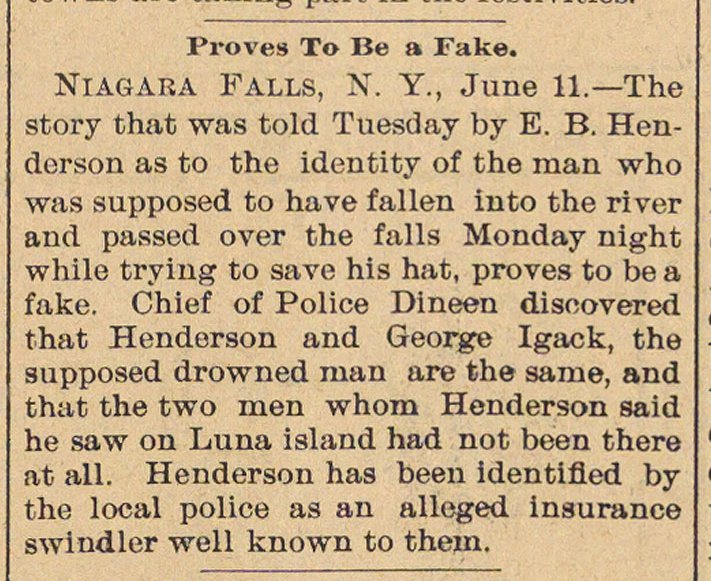 Niágara Falls, X. Y., June 11.- The story that was told Tuesday by E. B. Henderson as to the identity of the man who was supposed to have fallen into the river and passed over the falls Monday night while trying to save his hat, proves to be a fake. Chief of Pólice Dineen disoovered that Henderson and George Igack, the supposed drowned man are the same, and that the two men whom Honderson said he saw on Luna island had not been there at all. Henderson has been identifled by the local pólice as an alleged Insurance swiudler well known to them.