Another Cave-in At Pittston 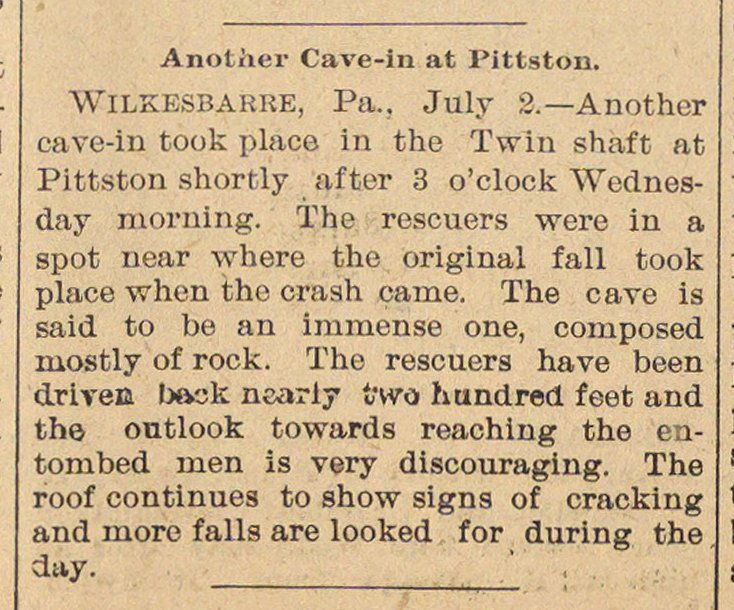 Wilkesbarre, Pa., July 2.- Another cave-in took place In the Twin shaft at Pittston shortly after 3 o'clock Wednesday morning. The rosouers were in a spot near where the original fall took place when the crash came. The caye is said to be an immense one, composed ruostly of rock. ïhe rescuers have been driveQ baok nearly two hundred feet and the ontlook towards reaching the entombed men is very discoxiraging. The roof continúes to show signs of cracking and more falls are looked for during the day. '