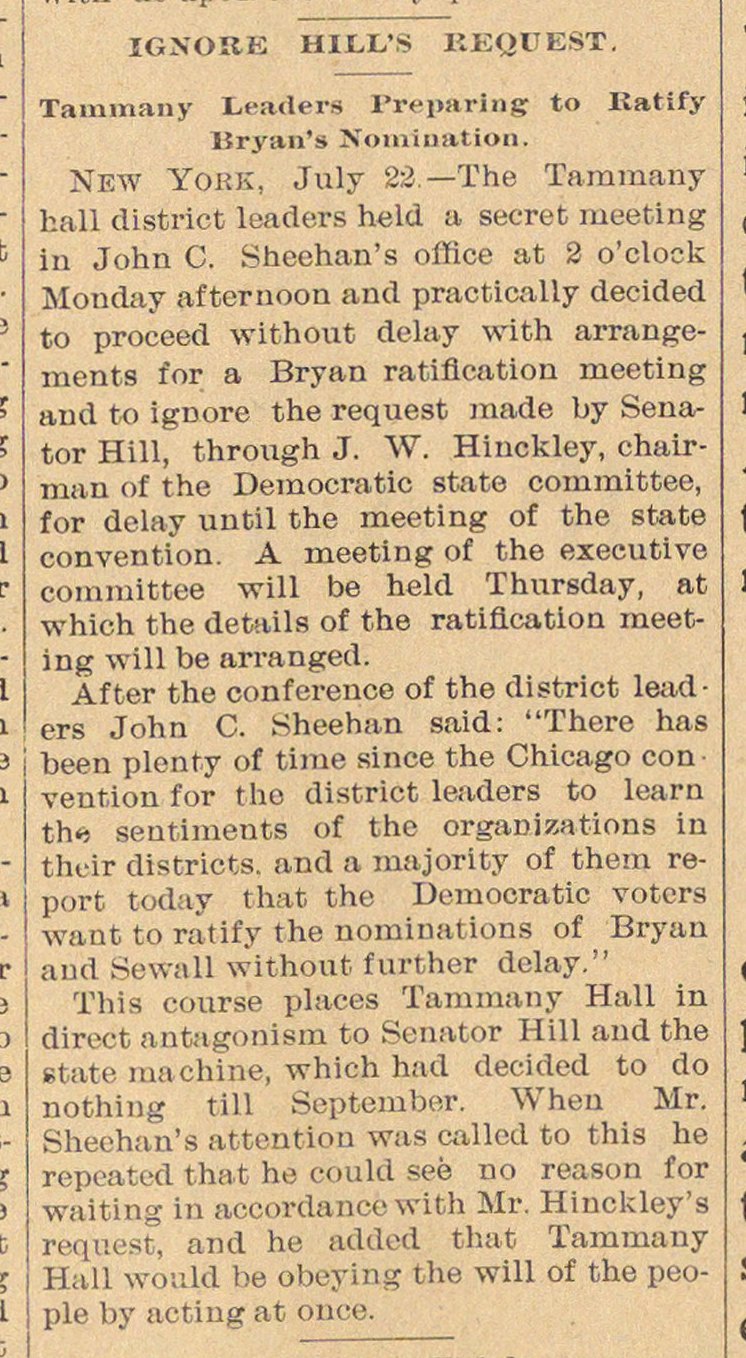 New York, July 22.- The Tammany hall district leaders held a secret meeting in John C. Sheehan's office at 2 o'clook Monday afternoon and practicaüy decided to proceed without delay with arrangements for a Bryan ratiflcation meeting and to ignore the request made by Senator Hill, through J. W. Hinckley, chairman of the Democratie state committee, for delay until the meeting of the state convention. A meeting of the exeeutive committee will be held Thursday, at which the details of the ratiflcation meeting will be arranged. Áfter the conference of the district leaders John C. Sheehan said: "There has been plenty of time since the Chicago con vention for the district leaders to learn th seutiments of the orgaDizations In tht-ir districts. and a majority of them report today that the Democratie voters want to ratify the nominations of Bryan and Sewall without further delay." This course places Tammany Hall in direct antagoniem to Senator Hill and the state machine, which had decided to do nothing till September. When Mr. Sheehan's attention was called to this he repeated that he could seé no reason for waiting in accordance with Mr. Hinckley's request, and he added that Tammany Hall woiüd be obeying the will of the people by acting at once.