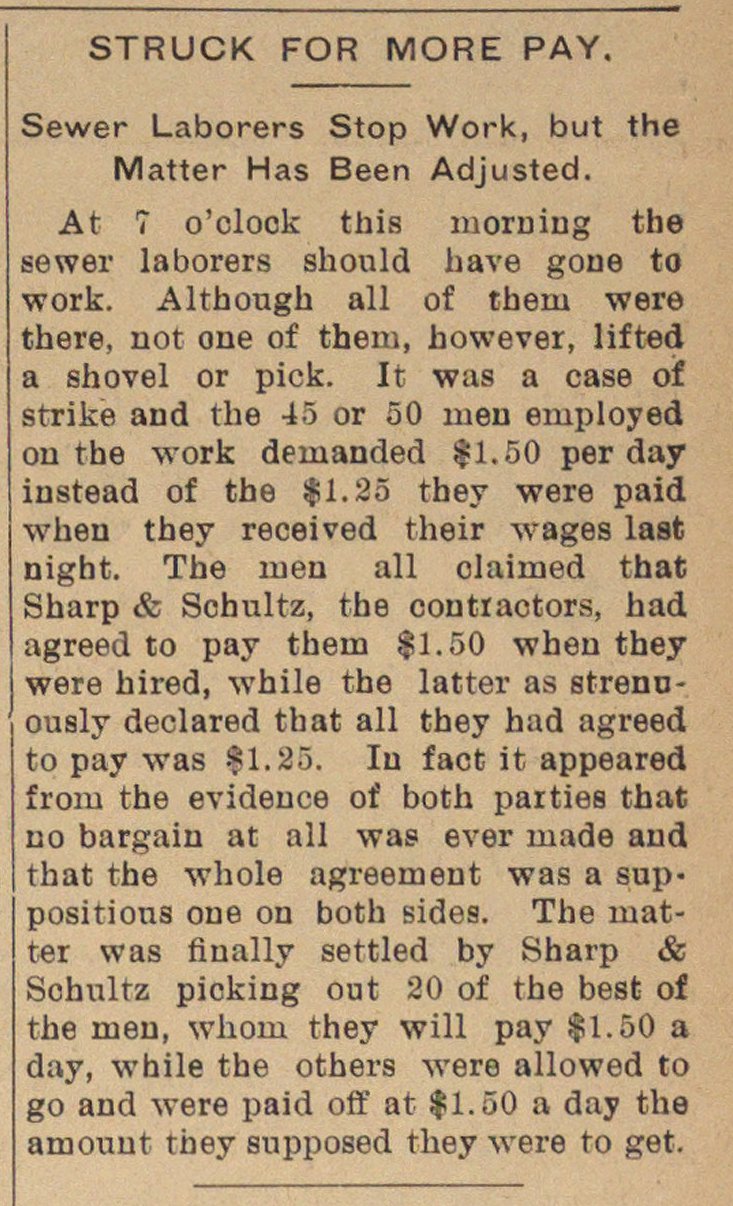 At i o oiocK tras morning tne sewer laborers shonld have gotie to work. Althongh all of tbem were there, not one of theru, however, lifted a shovel or piek. It was a case of strike and the 45 or 50 men employed ou the work deruanded $1.50 per day instead of the $1.25 they were paid when they received their wages last night. The mea all olaimed that Sharp & Schultz, the contiactors, had agreed to pay thein $1.50 when they were hired, wbile the latter as strennously deolared that all they had agreed to pay was $1.25. Iu fact it appeared from the evideuce of both paities that do bargain at all was ever made and that the whole agreement was a suppositions one on both sides. The matter was finally settled by Sharp & Schultz picking out 20 of the best of the men, whom they will pay $1.50 a day, while the others were allowed to go and were paid off at $1.50 a day the aroouut they supposed they were to get.