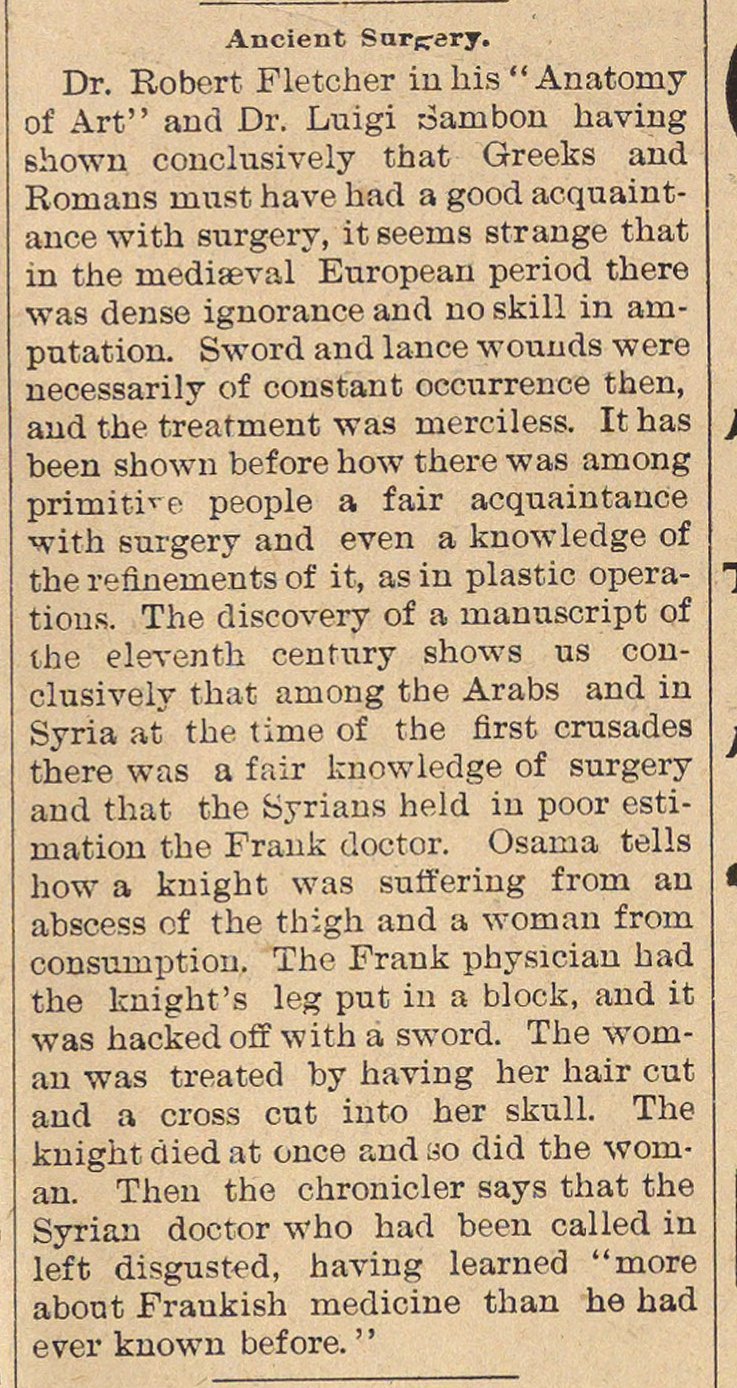 Dr. Robcrt Fletcher in his " Anatomy of Art" and Dr. Luigi áanibon having shown conclusively that Greeks and Romans must have had a good acquaintance with surgery, it seerns strange that in the inediaeval European period there was dense ignorance and no skill in amputation. Sword and lance wouuds were aecessarily of constant oconrrence then, and the treatment was merciless. Ithas been shown beforehow there was among primitivo people a fair acquaintauce with surgery and even a knowledge of the reflnernents of it, as in plastic operations. The discovery of a manuscript of the eleventh century shows us conclusively that among the Arabs and in Syria at. the time of the first crusades there was a fair knowledge of surgery and that the Syrians held in poor estimation the Frank doctor. Osarna tells how a knight was suffering from au abscess of the thigh and a woman from consuniptiou. The Frank physician had the knight's leg put in a block, and it was hacked off with a sword. The woman was treated by having her hair cut and a cross cut into her skull. The knight died at once and so did the woman. Then the chronicler says that the Syrian doctor who had been called in left disgustad, having learned "more about Fraukish medicine than he had ever known bef ore. "