Murder At A Dunkard Meeting 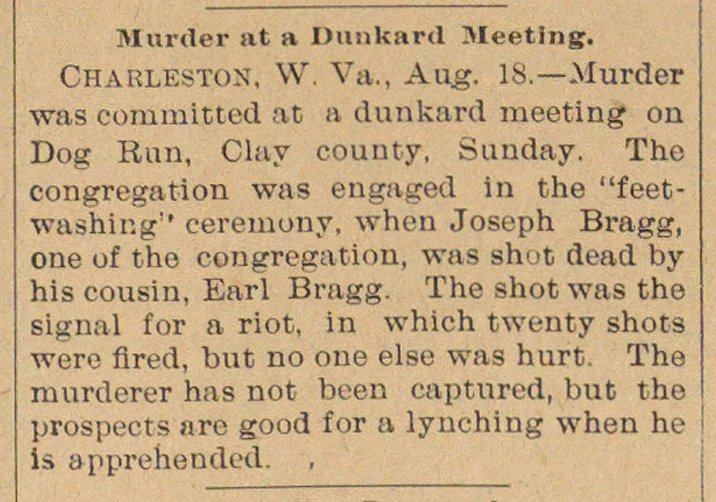 Charleston, W. Va., Aug. 18. - Murder was committed at a dun knrd meeting on Dog Run, Cluy couuty, Sunday. The eongregation was engaged in the "feetwashir.g" ceremony, when Joseph Bragg, one of tho congrepratiou, was Bhot dead by his cousin, Earl Bragg. The shot was the Blgnal for a riot, in which twenty shots were flred, but no one else was hurt. The murderer has not been captured, but the prospecta aro good for a lynching when he is &pprehended.