Pope As A Trickster 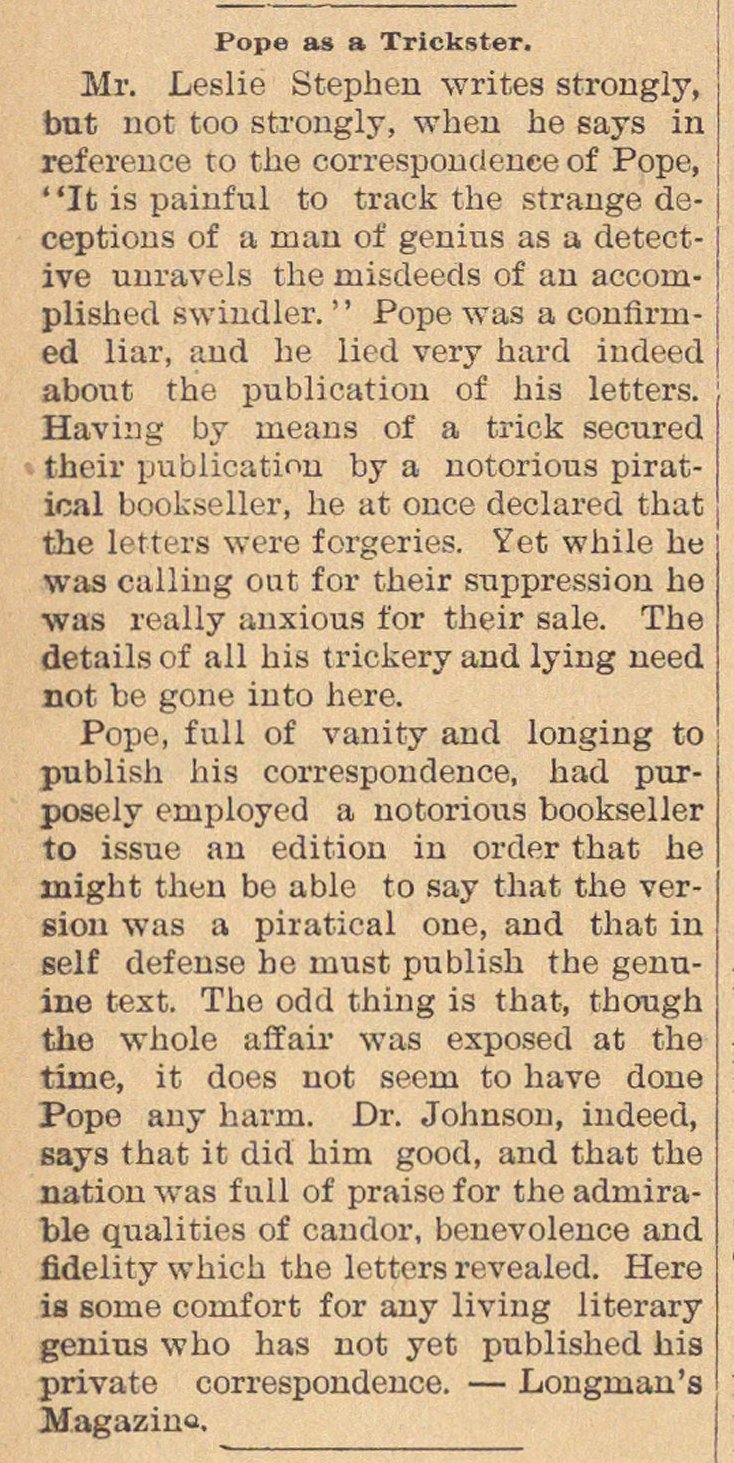 Mr. Leslie Stephen writes strongly, trat not too strongly, when he says in ref erence to the correspondence of Pope, "It is painful to track the strange deceptions of a niau oí' genius as a detective unravels the misdeeds of an accornplished swindler. " Pope was a confirined liar, and he lied very hard indeed about the publication of his letters. Having by means of a trick secured thcir publication by a notorious piratioal bookseller, he at once declared that the letters were forgeries. Yet while he was calling out for their suppression he was really anxious for their sale. The details of all his trickery and lying need not be gone into here. Pope, full of vanity and longing to publish his correspondence, had purposely employed a notorious bookseller to issue an edition in order that he inight then be able to say that the versión was a piratical one, and that in self defense he must publish the genuino test. The odd thing is that, though the whole affair was exposed at the time, it does not seem to have done Pope any harm. Dr. Johnson, indeed, eays that it did him good, and that the nation was full of praise for the admirable qualities of candor, benevolence and fidelity vvhich the letters revealed. Here is some comfort for any living literary genius who has not yet published his