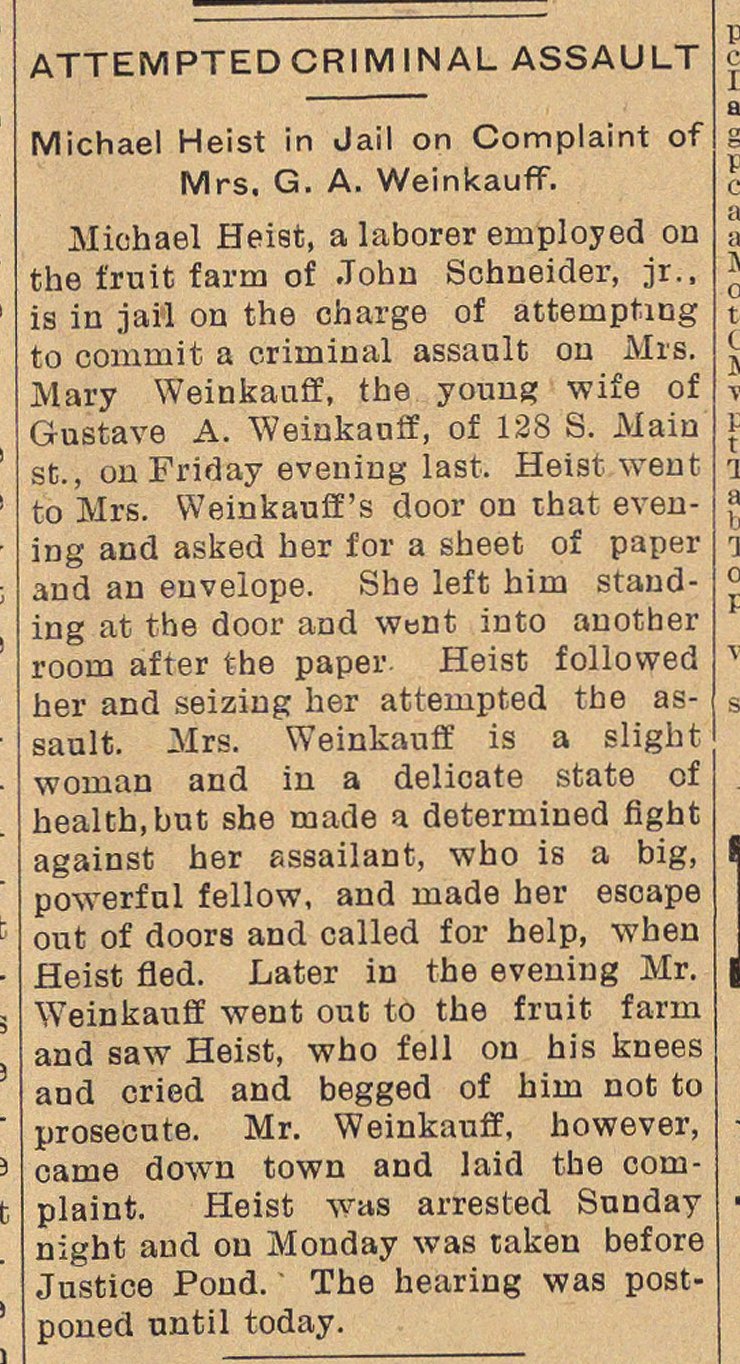 Michael Heist, a laborer ernployed on the fruit farm of John Scbneider, jr., s in jail on the charge of attempting :o comrnit a criminal assault on Mis. Mary Weinkaaff, the young v?ife of Gustave A. Weinkanff, of 128 S. Main st., onFriday evening last. Heist went to Mrs. Weinkanff's door on that evening and asked her for a sheet of paper and au euvelope. She left him standing at the door and went into another room after the paper. Heist followed tier and seizing her attempted the assault. Mrs. Weinkauff is a slight w cunan and in a delicate state of health.but she made a determinad fight against her sssailant, who is a big, powerful fellow, and made her escape out of doors and called for help, when Heist fled. Later in the evening Mr. Weinkauff went out to the fruit farm and saw Heist, who feil on his knees and cried and begged of him not to prosecute. Mr. Weinkauff, however, came down town and laid the coraplaint. Heist was arrested Sunday night and on Monday was taken before Jnstice Pond. ' The hearing was postponed until today.