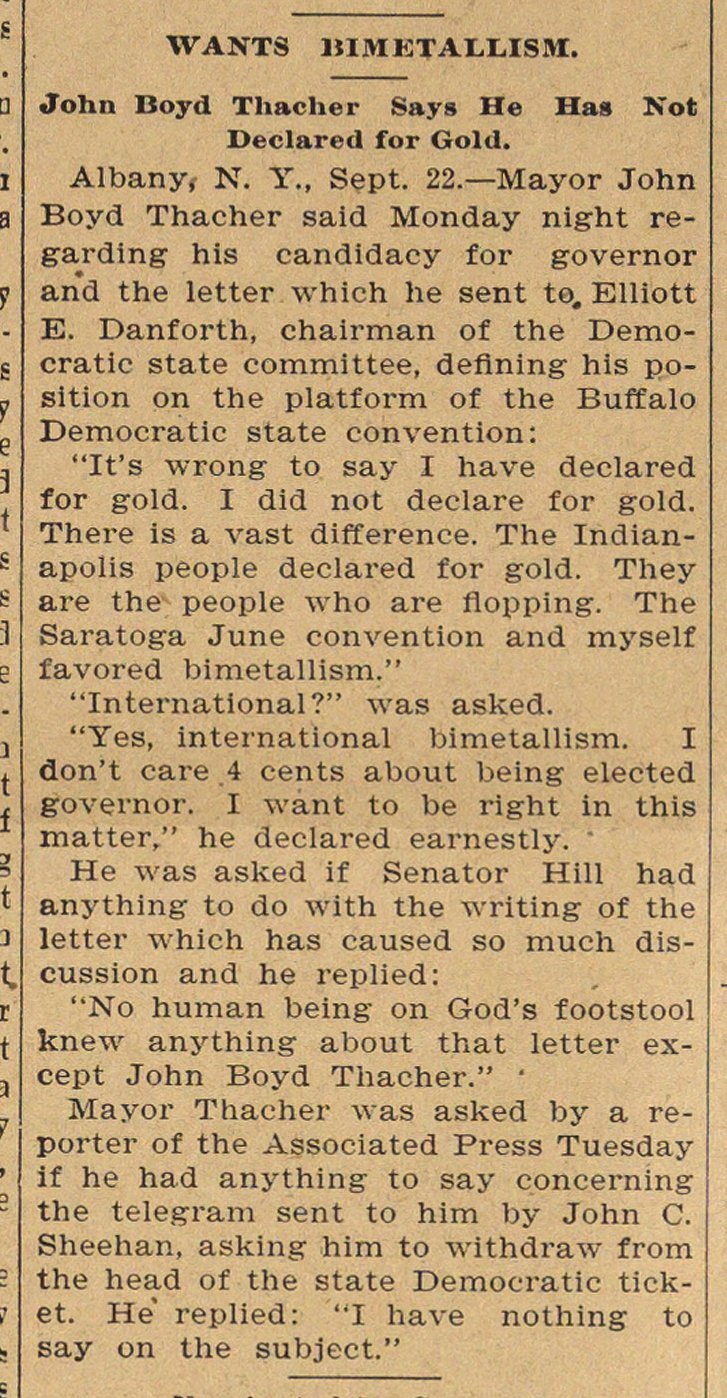 N. Y., Sept. 22.- Mayor John Boyd Thacher said Monday night regarding his candidacy for governor and the letter which he sent te. Elliott E. Danforth, chairman oL the Democratie state committee, deflning his position on the platform of the Buffalo Democratie state convention: "It's wrong to say I have declared for gold. I did not declare for gold. There is a vast difference. The Indianapolis people declared for gold. They are the people who are flopping. The Saratoga June convention and myself favored bimetallism." "International?" was asked. "Yes, international bimetallism. I don't care .4 cents about being elected governor. I want to be right in this matter," he declared earnestly. " He was asked if Senator Hill had anything to do with the writing of the letter which has caused so much discussion and he replied: "No human being on God's footstool knew anything about that letter except John Boyd Thacher." ■ Mayor Thacher was asked by a reporter of the Associated Press Tuesday if he had anything to say concerning the telegram sent to him by John C. Sheehan, asking him to withdraw from the head of the state Democratie ticket. He' replied: "I have nothing to say on the subject."