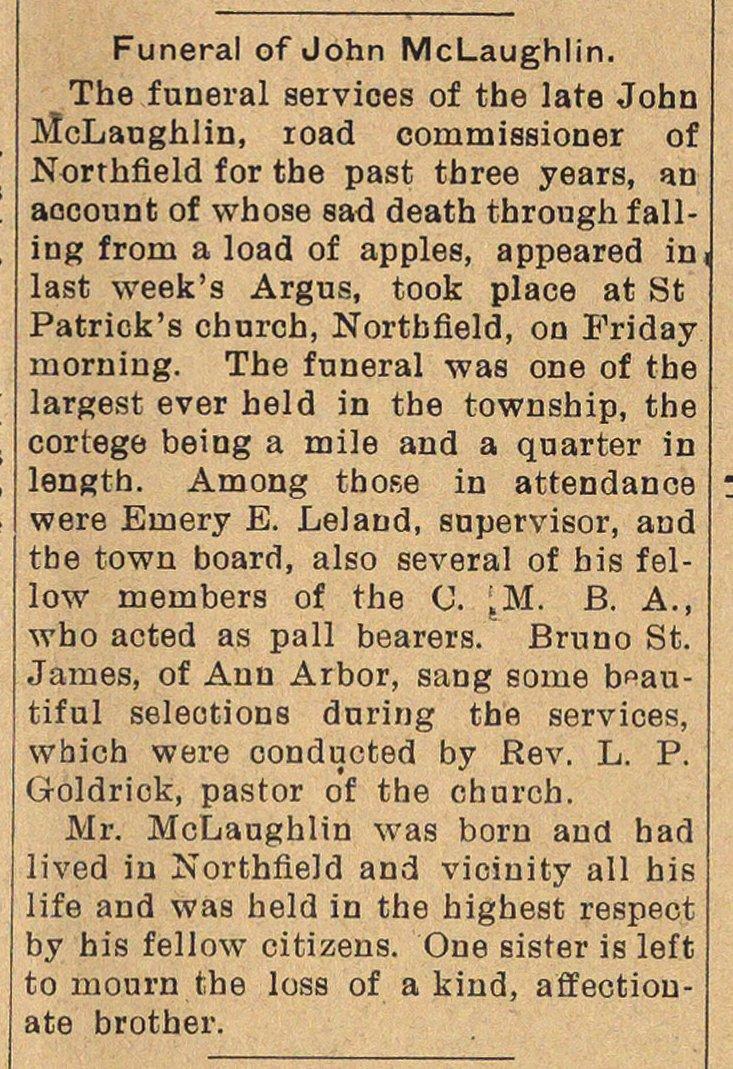 The funeral services of the late John McLaughlin, road commissioner of Norrhfield for the past three years, an account of whose sad death through falling frora a load of apples, appeared in, last week's Argus, took place at St Patrick's church, Nortbfield, on Friday morning. The funeral was one of the largest ever held in tbe township, the cortege being a mile and a quarter in length. Among those in attendance were Emery E. Leland, supervisor, and tbe town board, also several of bis fellow mernbers of the C. ,M. B. A., wbo acted as pall bearers. Bruno St. James, of Aun Arbor, sang some bautiful seleotions during the services, which were conducted by Rev. L. P. Goldrick, pastor o'f the church. Mr. McLaughlin was born and had lived iu Northfield and vicinity all his life and was held in the highest respect by his fellow citizens. One sister is left to mourn the loss of a kind, affectionate brother.