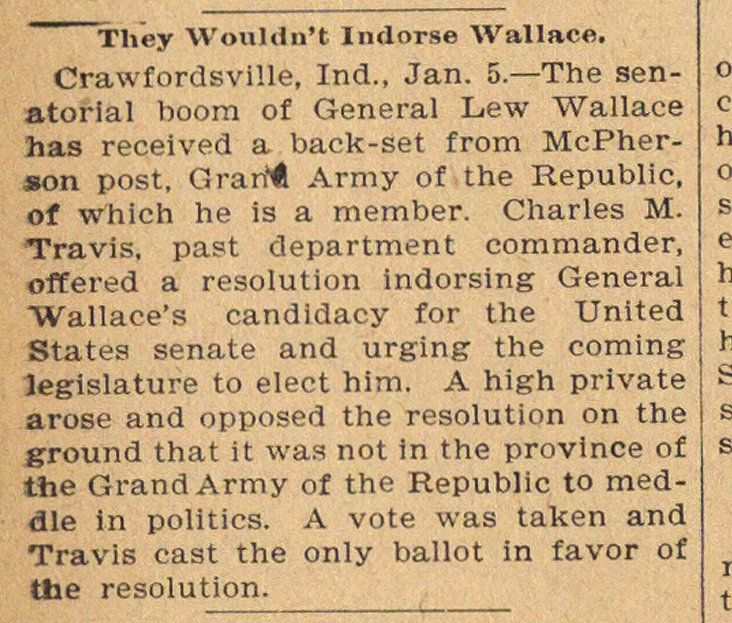 Crawfordsvüle, Ind., Jan. 5.- The senatorial boom of General Lew Wallace has received a back-set from McPherson post, OrarfE Army of the Republic, of which he is a member. Charles M. Travis, past department commander, offered a resolution indorsing General Wallace's candidacy for the United States senate and urging the coming i legislature to elect him. A high private ! arose and opposed the resolution on the ground that it was not in the province of the Grand Army of the Republic to meddle in politics. A vote was taken and Travis cast the only ballot in favor of the resolution.