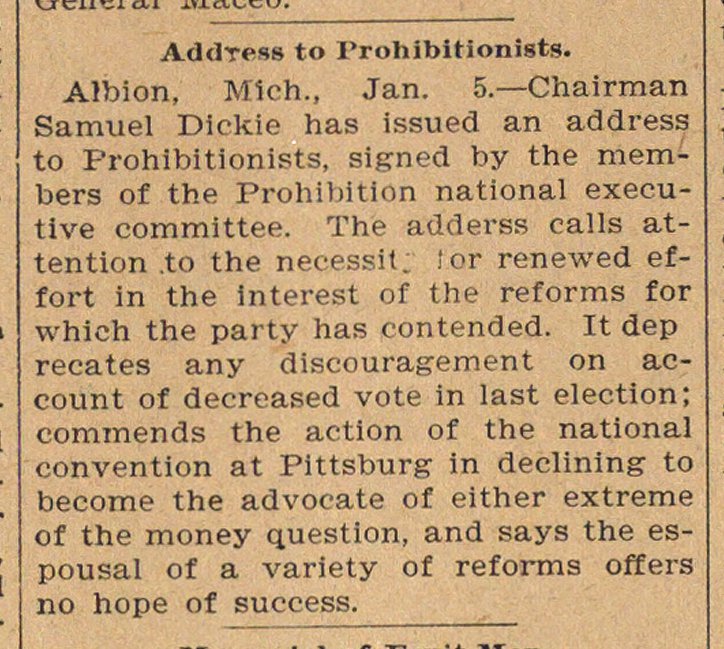 Albion, Mích., Jan. 5.- Chairman Samuel Dickie has issued an address to Prohibitionists, signed by the members of the ProhibltlOn national executive committee. The adderss calis attention .to the necessit: or renewed effort in the Interest of the reforms for which the party has contended. It dep recates any discouragement on account of decreased vote in last election; commends the action of the national convention at Pittsburg in declining to become the advocate of either extreme of the money question, and says the espousal of a variety of reforms offers no hope of success.