Democrats Have Both Houses 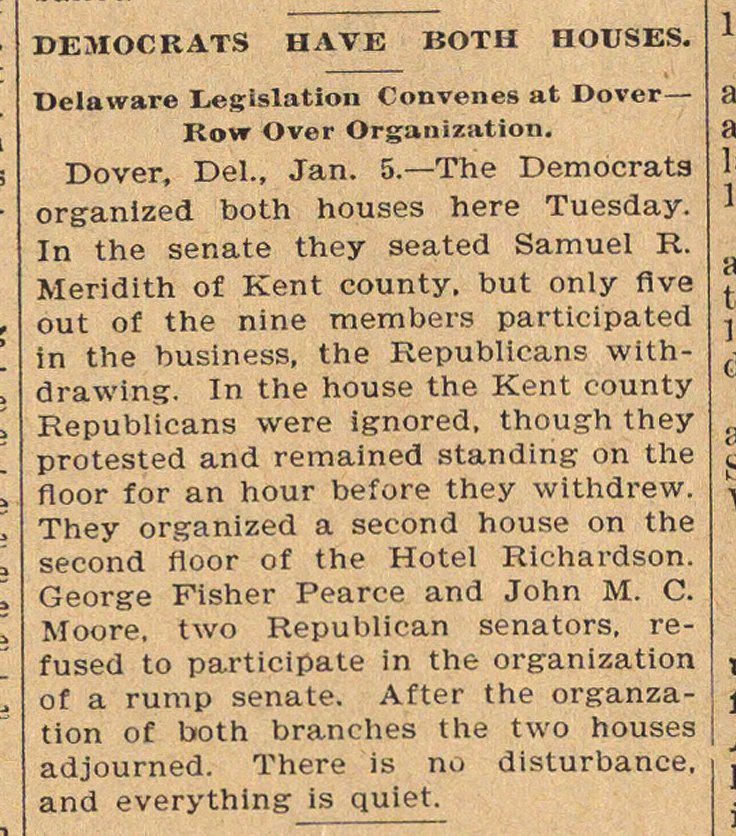 Dover, Del., Jan. 5.- The Demócrata organized both houses here Tuesday. In the senate they seated Samuel R. Meridith of Kent county, but only flve out of the nine members participated in the business, the Republicans wlthdrawing. In the house the Kent county Republicans were ignored, though they protested and remained standing on the floor for an hour before they withdrew. They organized a second house on the second floor of the Hotel Richardson. George Fisher Pearce and John M. C. Moore. two Republican senators, refused to particípate in the organization of a rump senate. After the j tion of both branches the two houses I adjourned. There is nu disturbance, and everything is quiet.