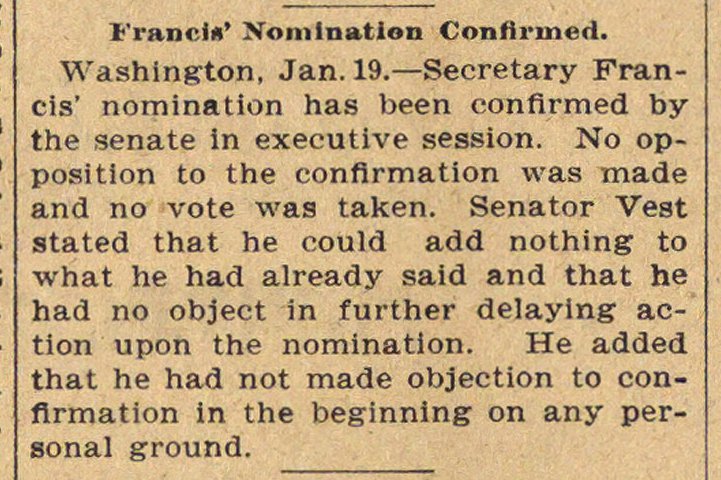 Washington, Jan. 19. - Secretary Francis' nomination has been confirmed by the senate in executive session. No opposition to the confirmation was made and no vote was taken. Senator Vest stated that he could add nothing to what he had already said and that he had no object in further delaying aotion upon the nomination. He added that he had not made objection to confirmation in the beginning on any personal eround.