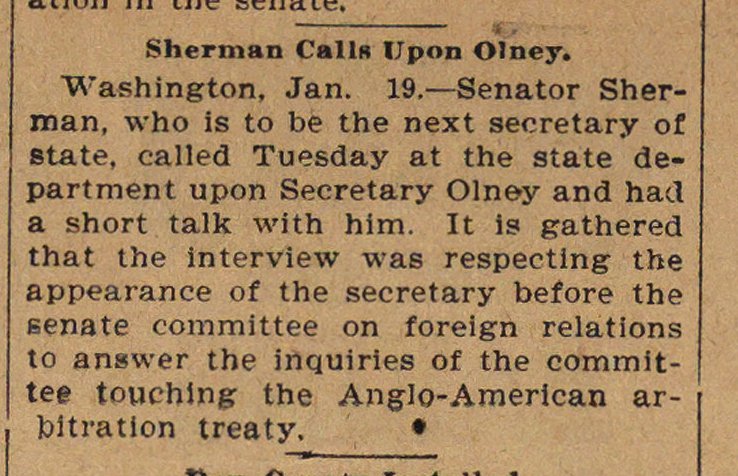 Washington. Jan. 19. - Senator Sherman, who is to be the next seoretary of state, called Tuesday at the state department upon Seeretary Olney and had a short talk with him. It is gathered that the interview was respecting the appearance of the seeretary before the senate committee on foreign relations to answer the inquiries of the committee touching the Anglo-Amerlcan arbltratlon treaty.