The Mine Fire Continues 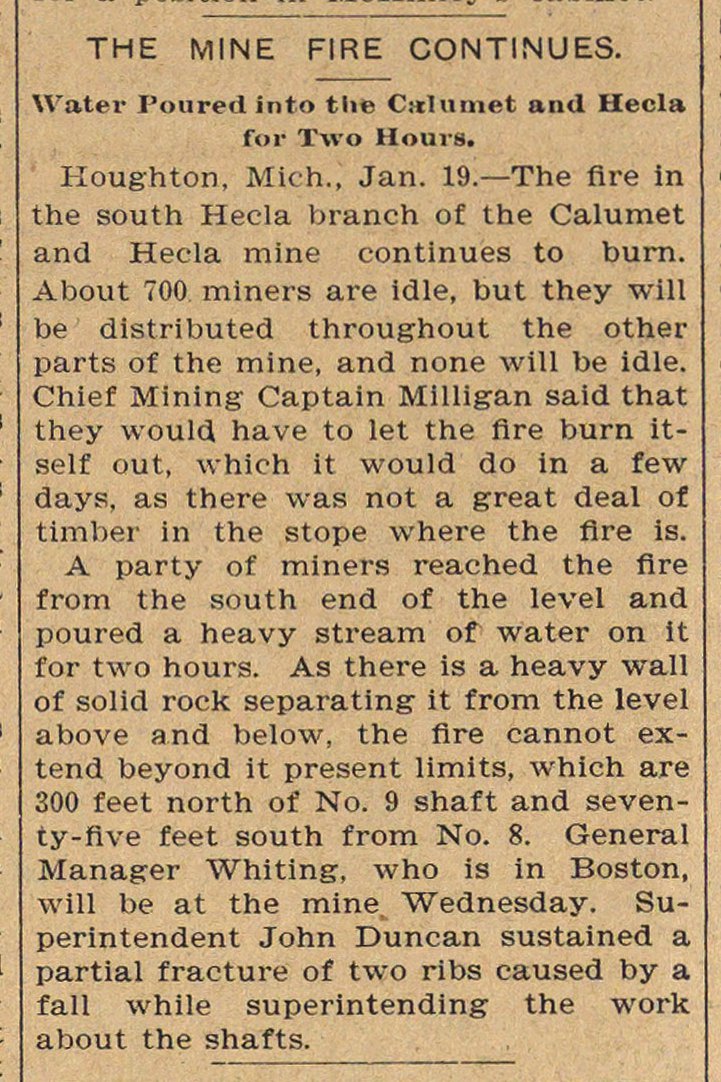 Houghton, Mich., Jan. 19.- The flre in the south Hecla branch of the Calumet and Hecla mine continúes to burn. About 700 miners are idle, but they will be distributed throughout the other parts of the mine, and none will be idle. Zïhief Mining Captain Milligan said that they would have to let the nre burn itself out, which it would do in a few days. as there was not a great deal of timber in the stope where the flre is. A party of miners reached the flre from the south end of the level and poured a heavy stream of water on it tor two hours. As there is a heavy wall of solid rock separating it from the level above and below, the fire cannot extend beyond it present limits, which are 300 feet north of No. 9 shaft and seventy-five feet south from No. 8. General Manager Whiting, who is in Boston, will be at the mine, Wednesday. Superintendent John Duncan sustained a partial fracture of two ribs caused by a fall while superintending the work about the shafts.