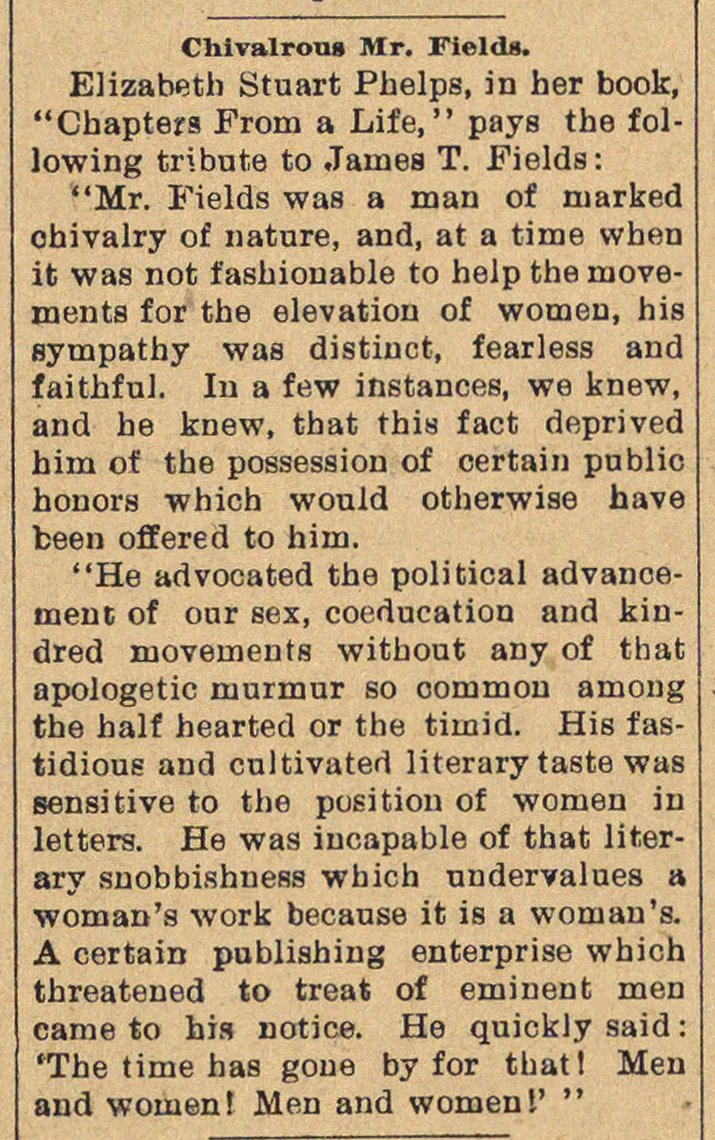 Elizabeth Stuart Phelps, in her book, "Chaptera From a Life," pays the following tribute to James T. Fields: "Mr. Fields was a man of markec ohivalry of nature, and, at a time when it was not fashiouable to heip the niovements for the elevation of wotneu, his sympathy was distinot, fearless anc faithful. In a few instances, we knew, and he knew, that this fact deprived him of the possession of certain public honors which would otherwise have been offered to him. "He advocated the political advanceinent of our sex, coeducation and kindred movements without any of thai apologetic murmur so oommou among the half hearted or the tiinid. His fastidious and cultivated literary taste was sensitive to the position of women in letters. He was incapable of that literary snobbishneRS which nndervalues a woman's work because it is a wonaau's. A certain publishing enterprise which threatened to treat of eminent men carne to his notice. He quickly said 'The time has goue by for that! Men and women! Men and women!' "