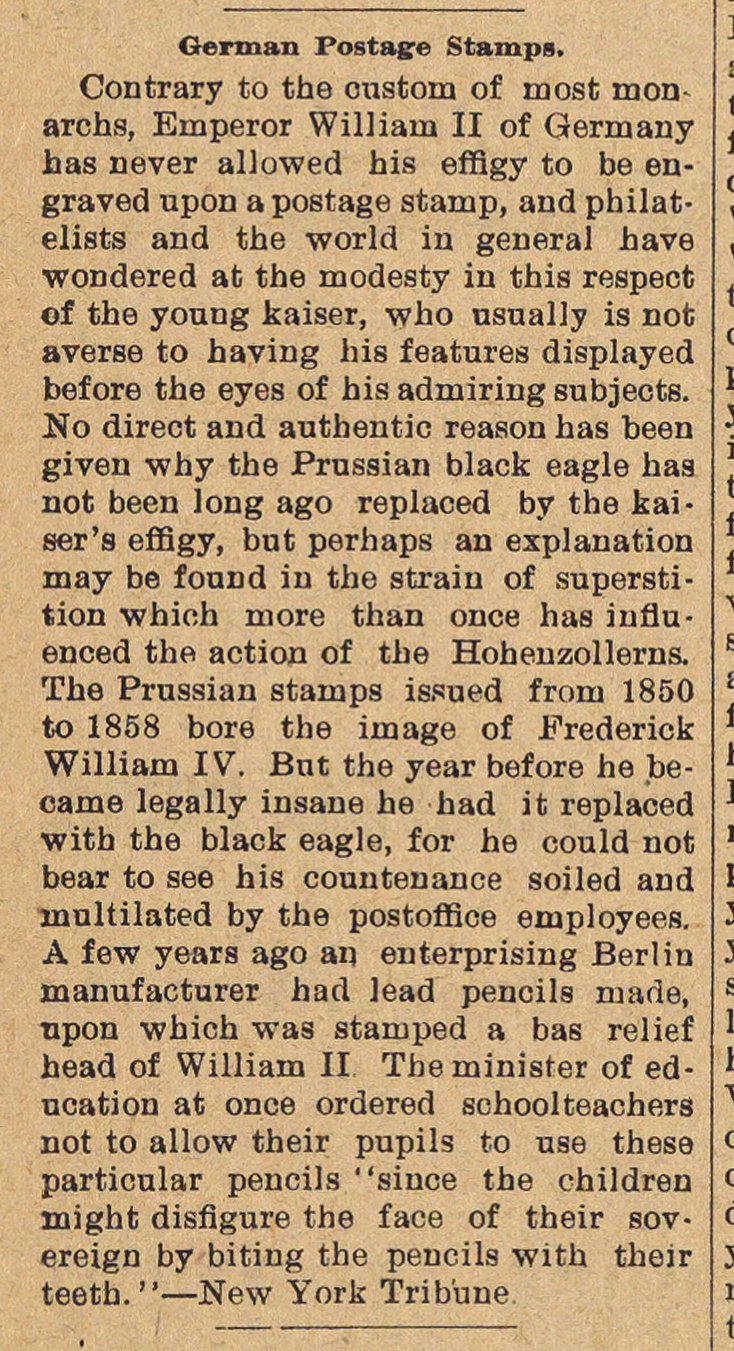 Contrary to the oxistom of most monarchs, Einperor William II of Germany has never allowed his efflgy to be engraved upon apostage stamp, and philatelists and the world in general have wondered at the modesty in this respect of the young kaiser, who nsually is not averse to having his features displayed before the eyes of his admiring subjects. No direct and authentic reason has been given why the Prussian black eagle has not been long ago replaced by the kaiser's effigy, bnt perhaps an explanation may be fonnd in the strain of superstition whioh more than once has iufluenced the action of tbe Hohenzollerns. The Prussian stamps issued from 1850 to 1858 bore the image of Frederick William IV. Bnt the year before he became legally insane he had it replaced with the black eagle, for he could not bear to see his countenance soiled and multilated by the postoffice employees. A few years ago an enterprising Berlín manufacturer had lead pencils made, upon which was stamped a bas relief head of William II The minister of education at once ordered schoolteachers not to allow their pupils to use these particular pencils "since the children might disfigure the face of their sovereign by biting the pencils with their teeth. "-