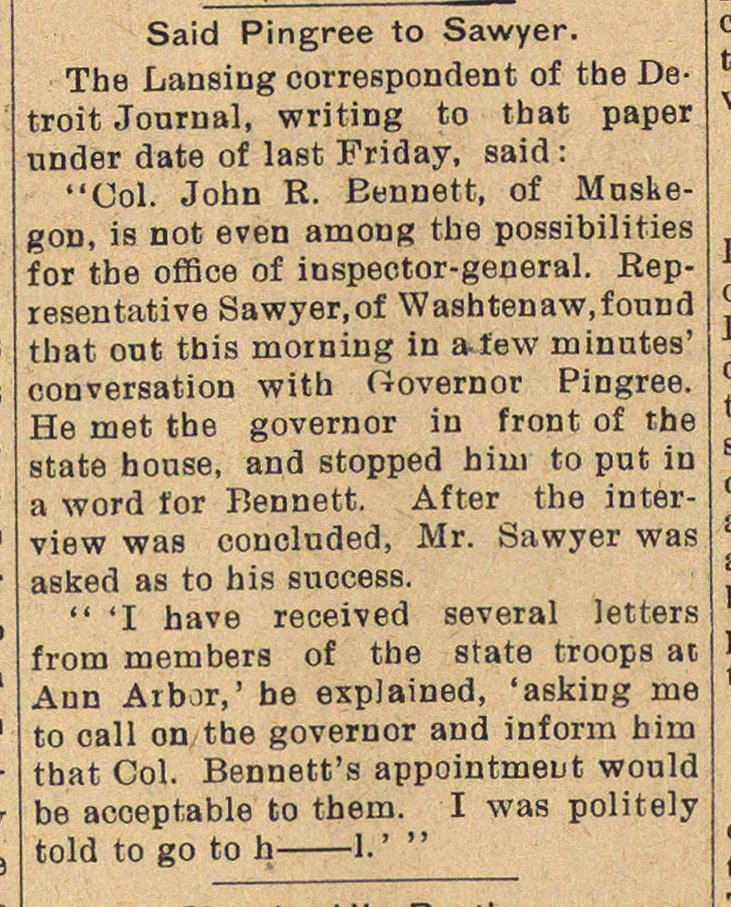 The Lansing correspondent oí tbe .Detroit Journal, writing to that paper under date of last Friday, said : "Col. John R. Eennett, of Muskegon, is not even among the possibilities for the office of inspector-general. Representativo Sawyer.of Washtenaw.fouud that out this morning in a-few minutes' conversation with Governor Pingree. He met the governor in front of the state house, and stopped hiui to put in a word for Bennett. After the interview was coucluded, Mr. Sawyer was asbed as to his success. " 'I have received several letters from members of the state troops at Aun Arbor, ' be explained, 'asking me to cali on the governor and inform hirn that Col. Bennett's appointmeut would be acceptable to them. I was politely told to go to h 1.' "