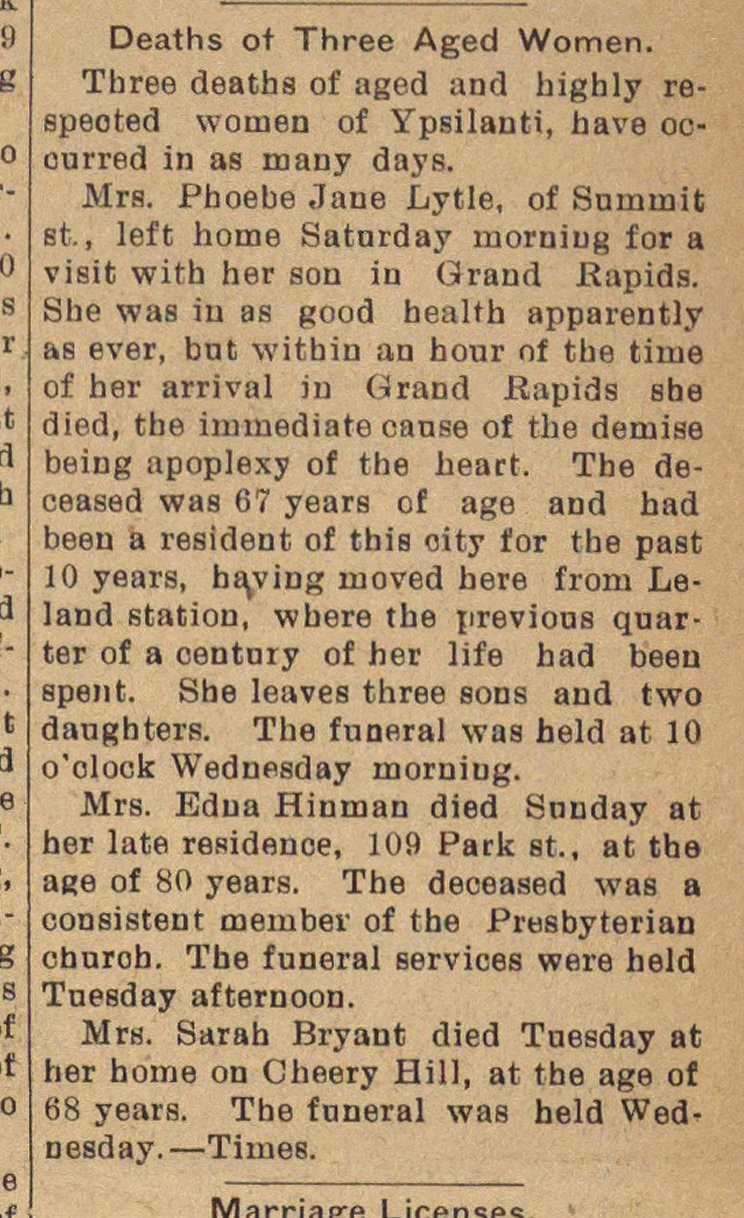 Three deaths of aged and highly respected women of Ypsilanti, have occurred in as many days. Mrs. Phoebe Jane Lytle, of Surntnit st. , left home Saturday morning for a visit with her son in Grand iïapids. She was in as good health apparently as ever, bnt witbin an hour of the time of her arrival in Grand Rapids she died, the immediate canse of the demise being ipoplexy of the heart. The deceased was 67 years of age aDd had been a resident of this oity for the past 10 years, hoving moved bere from Leland station, where the previons quarter of a century of her life had been spent. She leaves three sons and two daughters. The funeral was held at 10 o'olook Weduesday morniug. Mrs. Edna Hinman died Sunday at her late residence, 109 Park st., at the age of 80 years. The deceased was a consistent membei' of the Presbyterian church. The funeral services were held Tuesday afternoon. Mrn. Sarah Bryant died Tuesday at her home on Cheery Hill, at the age of 68 years. The funeral was held