Why Europeans Are Safe Among Turks 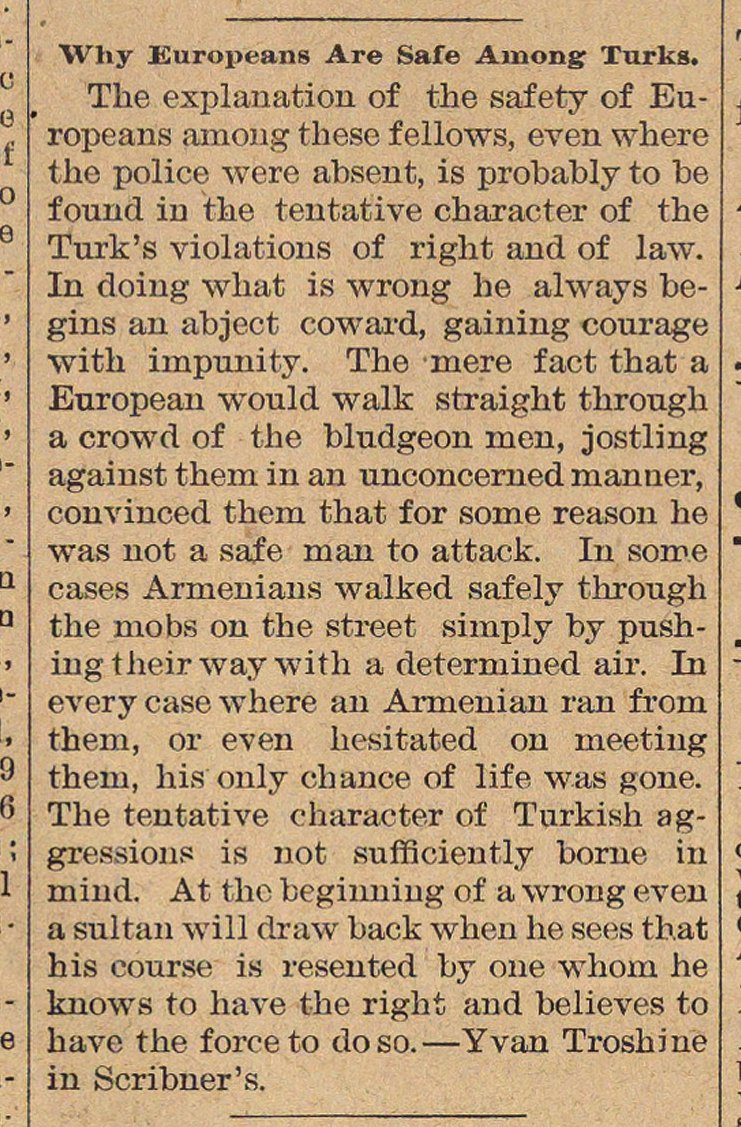 Tbe explanación of the safety of Europeans among these f ellows, even where the pólice were absent, is probably to be fouud in the tentative charaoter of the Turk's violations of right and of law. In doiug what is wrong he always begins an abject coward, gaining courage with impunity. The mere fact that a Europeaii would walk straight through a crowd of the bludgeon men, jostling against them in an unconcerned manner, convinoed them that for some reason he was not a safe man to attaok. In sone cases Armenians walked safely through the mobs on the street simply by pushiugtheirway with a determined air. In every case where an Amienian ran from them, or even hesitated on meeting them, hisonly chance of life was gone. The tentative character of Turkish aggressions is not sufficiently borne in mind. At tho beginning of a wrong even a sultan will draw back when he sees that his course is resented by one whom he knows to have the rirfit and believes to