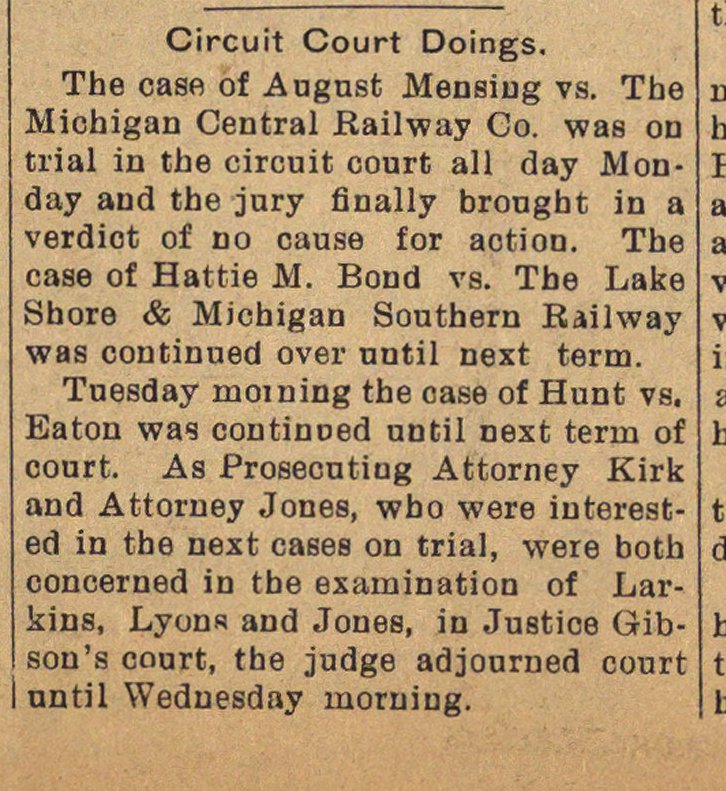 The case of August Mensing vs. The Michigan Central Railway Co. was on trial in the circuit court all day Monday and the jury finally brought in a verdict of no cause for action. The case of Hattie M. Bond vs. The Lake Shore & Michigan Southern Railway was continued over until next term. Tuesday morning the case of Hunt vs. Eaton was continued until next term of court. As Prosecuting Attorney Kirk and Attorney Jones, who were interested in the next cases on trial, were both concerned in the examination of Larkins, Lyons and Jones, in Justice Gibson's court, the judge adjourned court until Wednesday morning.