Removed Because Of His Silver Views 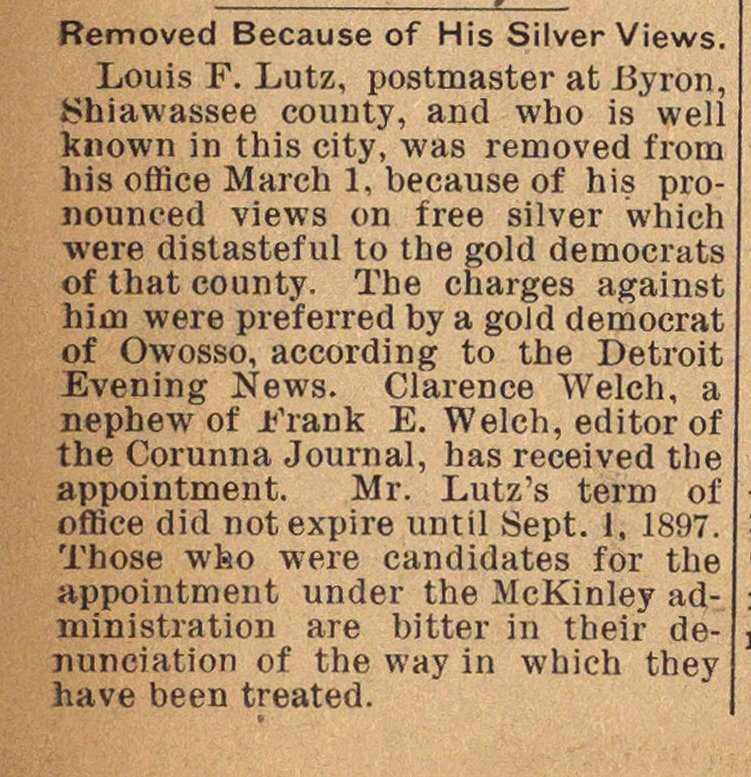 Louis F. Lutz, postmaster at Uyron, Shiawassee county, and who is well known in this city, was removed l'rom liis office Maren 1, because of nis pronounced views on free silver which were distastef ui to the gold democrats of that county. The charges against hiin were preferred by a gold democrat of Owosso, according to the Detroit Evening News. Clarence Welch, a nephew of 'rank E. Welch, editor of the Corunna Journal, has received the appointment. Mr. Lutz's term of office did not expire until Sept. 1, 189". Those wko were candidates for the appointment under the McKinley administration are bitter in their denunciation of the way in which they have been treated.