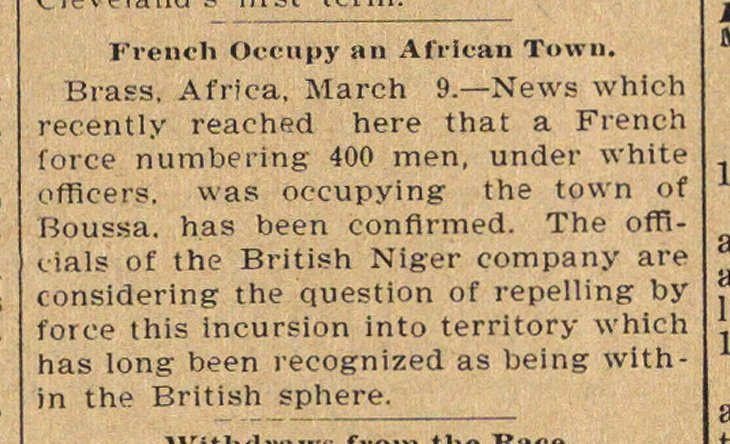 Brass. África, March 9.- News whtch reoently reached here that a French force numbering 400 men, under white officers. was occupying the town of Boussa. has been confirmed. The officials of the British Niger company are considering the question of repelling by forcé this incursión into territory which has long been recognized as being within the British sphere.