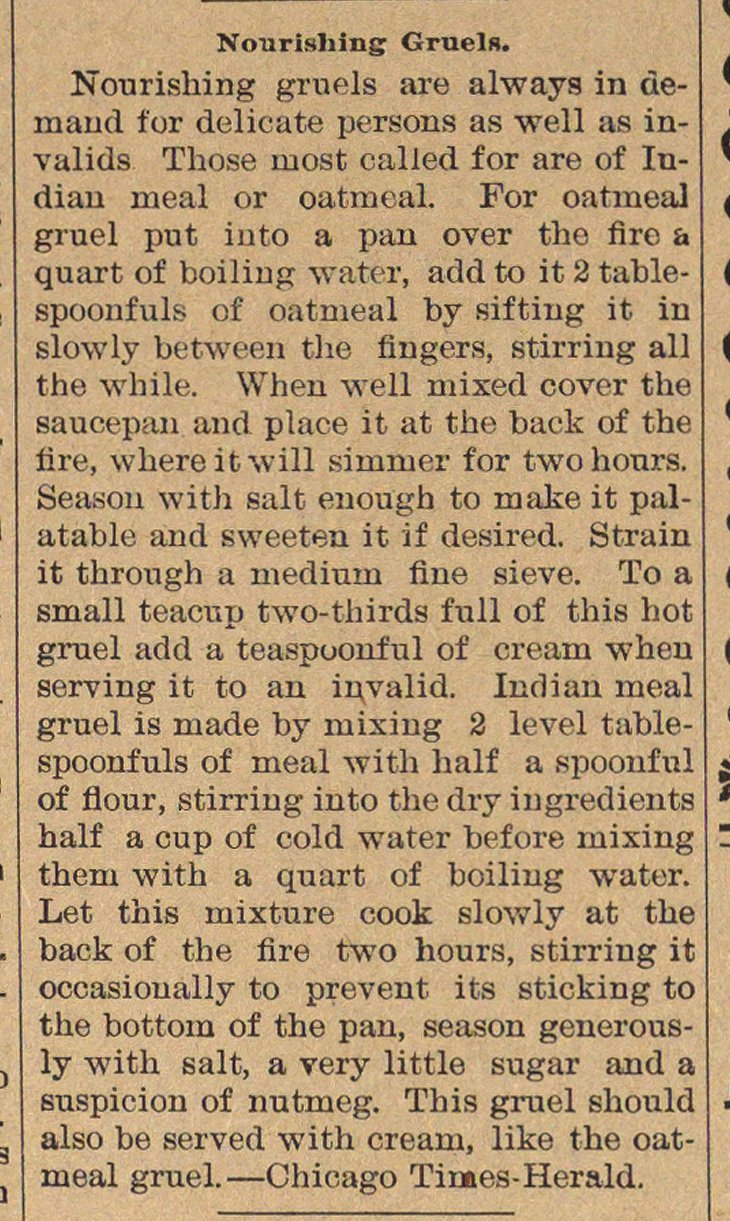 Nourishing groéis vre always in demand for delicate persons as well as invalids Those most called for are of Indian moal or oatme.al. For oatmeal gruel put into a pari over tho firc a quart of boiling water, add to it 2 tablespoonfuls of oatmeal by siftiiig it in slowly between the fingers, stirring all the while. When well mixed cover the saucepan and place it at the back of the iire, whereifc'will simmer for twohonrs. Seaeon with salt enough to make it palatable and sweeten it if desired. Strain it throngh a medium fine sieve. To a small teacup two-thirds fnll of this hot gruel add a teaspuonful of cream wheu serving it to an invalid. Indian meal gruel is made by mixing 2 level tablespoonfuls of meal with half a ppoouful of flour, stirring into the dry higredients half a cup of cold water before mixing them with a quart of boiling water. Let this mixture cook slowly at the back of the fire two hours, stirring it occasioually to prevent its sticking to the bottom of the pan, season generously with salt, a very little sugar and a suspicion of nutmeg. This gruel should also be served with cream, like the rueal gruel.-