Chandler Has A Plan 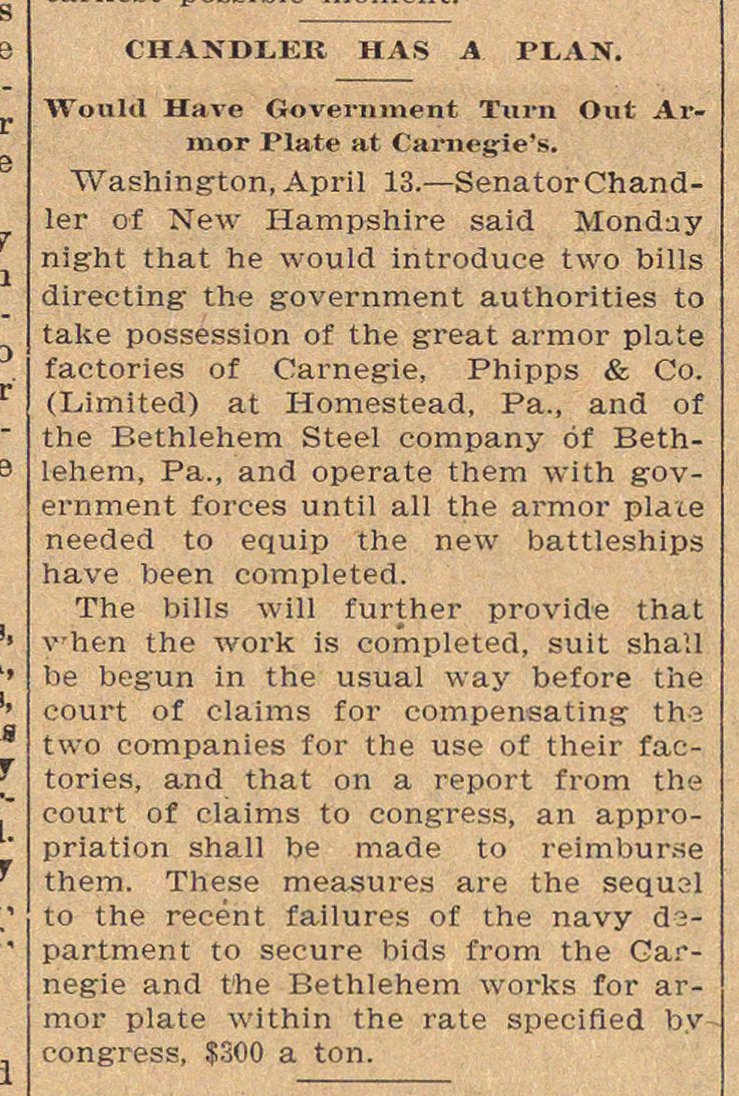 Washington, April 13. - SenatorChandler of New Hampshire said Monday night that he would introduce two bilis directing the government authorities to take possession of the great armor plate factories of Carnegie, Phipps & Co. (Limited) at Homestead, Pa., and of the Bethlehem Steel company óf Bethlehem, Pa., and opérate them with government forces until all the armor plate needed to equip the new battleships have been completed. The bilis will further provide that vhen the work is completed, suit shall be begun in the usual way before the eourt of claims for compensating th-3 two companies for the use of their factories, and that on a report from the court of claims to congress, an appropriation shall be made to relmbursè them. These measures are the sequsl to the recent failures of the navy d2partment to secure bids from the Garnegie and the Bethlehem works for armor plate within the rate specifled by congress, $300 a ton.