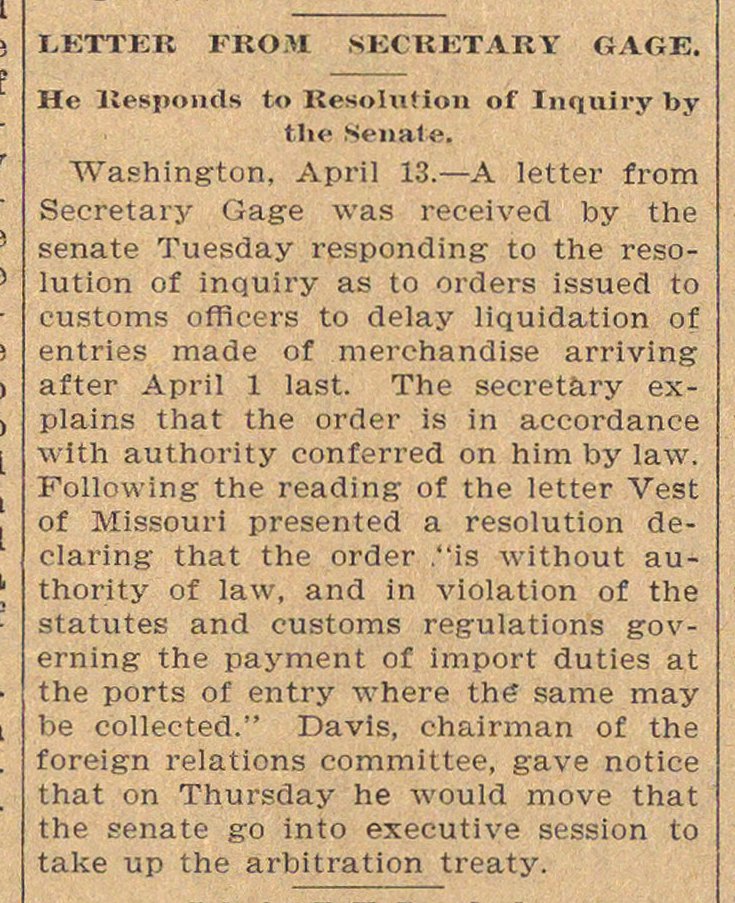 Washington, April 13. - A letter from Secretary Gage was received by the senate Tuesday responding to the resolution of inquiry as to orders issued to eustoms officers to delay liquidation of entries made of merchandise arriving after April 1 last. The secretary explains that the order is in accordance w!th authority conferred on him by law. Following the reading of the letter Vest of Missouri presented a resolution deolaiing that the order ."s without authority of law, and in violation of the statutes and customs regulations governing the payment of import duties at the ports of entry where thé same may be collected." Davis, chairman of the foreign relations committee, gave notice that on Thursday he would move that the senate go into executive session to take up the arbitration treaty.