Queen Lil Would Be President 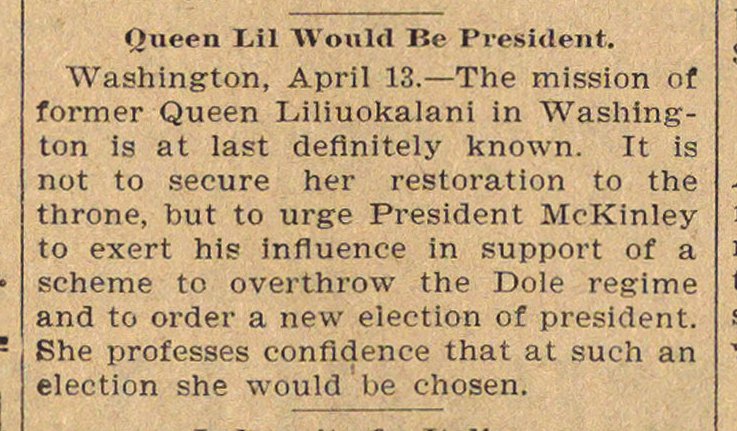 Washington, April 13. - The mission of former Queen Liliuokalani in Washington is at last definitely known. It is not to secure her restoration to the throne, but to urge President McKinley to exert nis influence in support of a scheme to overthrow the Dole regime and to order a new election of president. ■ She professes confidence that at such an election she would be cliosen.