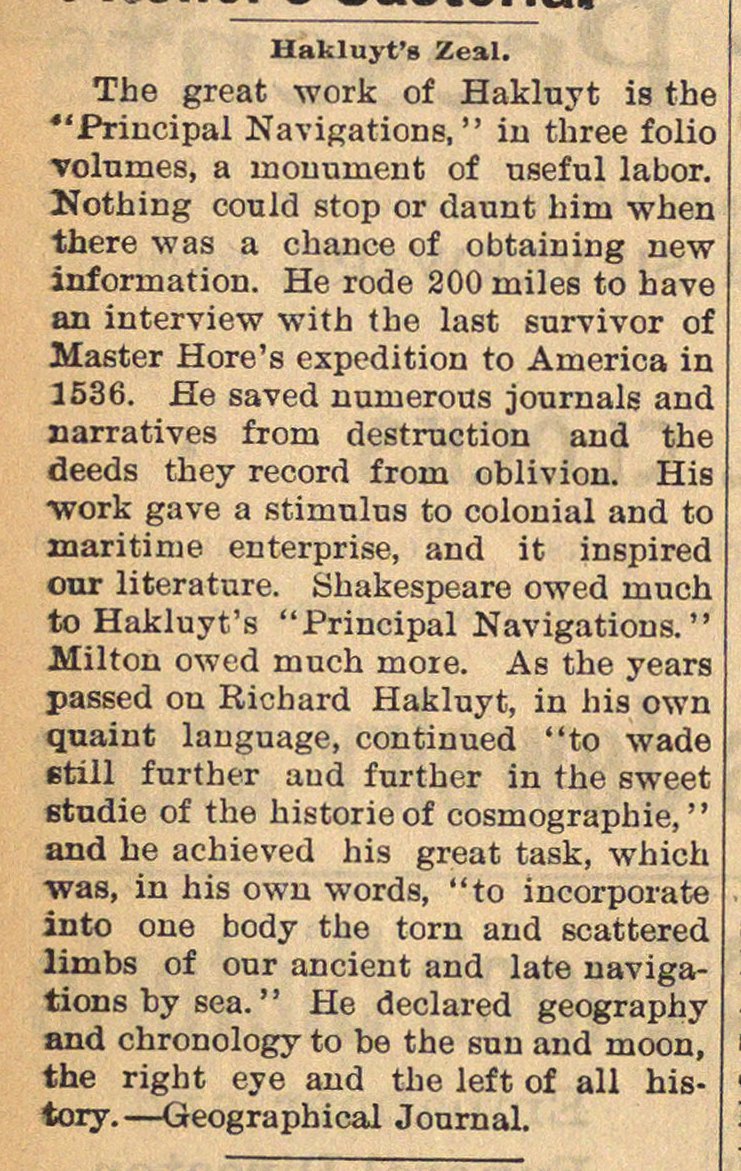 The great work of Hakluyt is the "Principal Navigations, " in three folio volumes, a monument of useful labor. Nothing could stop or daunt hini when there was a chance of obtaining new inforrnation. He rode 200 miles to have an interview with the last survivor of Master Hore's expedition to America in 1536. He saved nuruerous journals and narratives from destraction and the deeds they record from oblivion. His ■work gave a stimulus to colonial and to maritime enterprise, and it inspired onr literature. Shakespeare owed much to Hakluyt's "Principal Navigations." Milton owed much moie. As the years passed on Richard Hakluyt, in his own qnaint lauguage, continued "to wade etill further aud further in the sweet studie of the historie of cosmographie, " and he achieved his great task, which was, in his own words, "to incorpórate into one body the torn and scattered limbs of our ancient and late navigations by sea. " He declared geography and chronology to be the sun and moon, the right eye and the left of all toiy.-