Saved By Her Dog 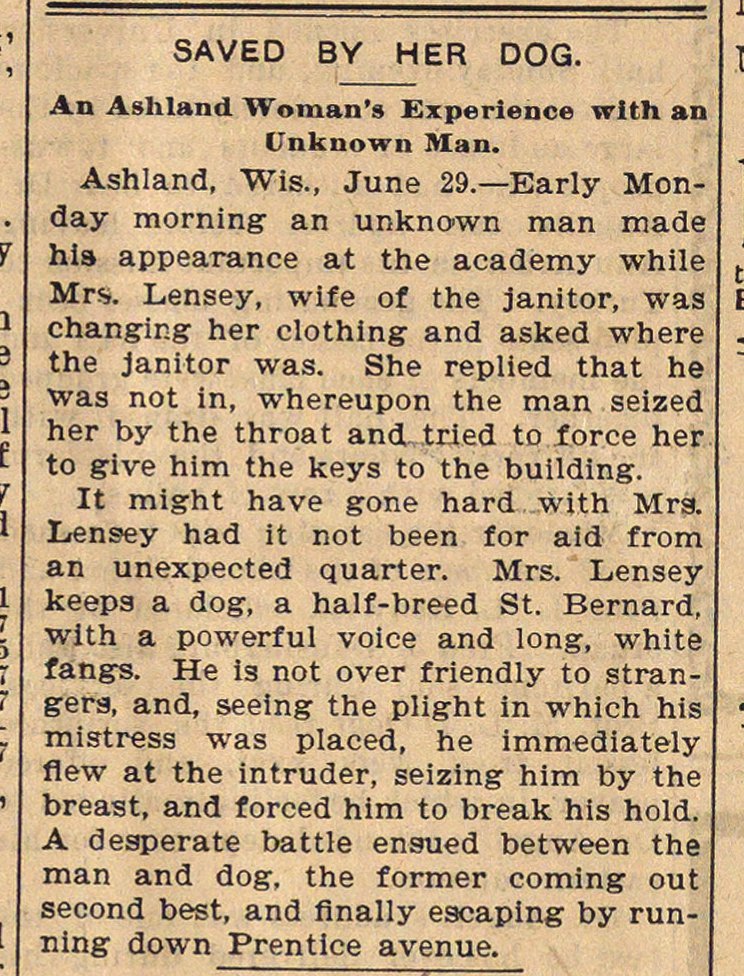 Ashland, Wis., June 29.- Early Monday morning an unknown man made hls appearance at the academy while Mrs. Lensey, wife of the janitor, was changing her clothing and asked where the janitor was. She replied that he was not in, whereupon the man seized her by the throat and tried to forcé her to give him the keys to the building. It might have gone hard with Mra. Lensey had it not been for aid from an unexpected quarter. Mrs. Lensey keeps a dog, a half-breed St. Bernard, with a powerful voiee and long, white fangs. He is not over friendly to strangers, and, seeing the plight in which his mistress was placed, he immediately flew at the intruder, seizing him by the breast, and forced him to break hís hold. A desperate battle ensued between the man and dog. the former coming out second best, and finally escaplng by running down Prentice avenue.