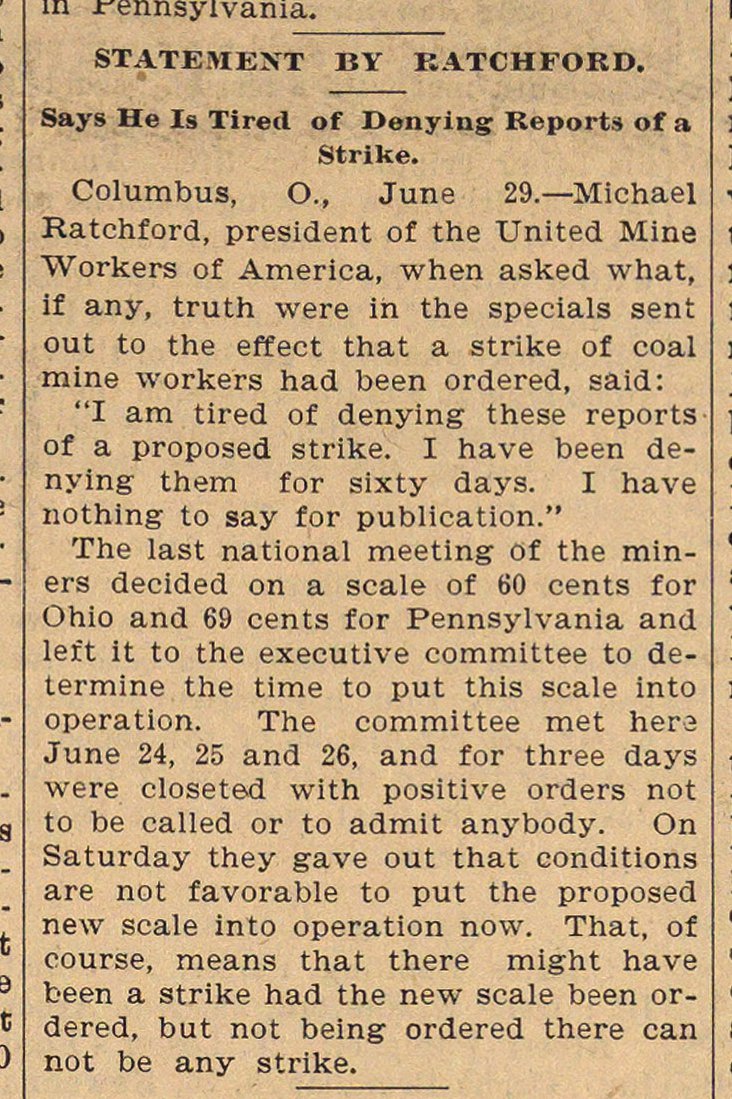 Columbus, O., June 29. - Michael Ratchford, president of the United Mine Workers of America, when asked what, if any, truth were in the specials sent out to the effect that a strike of coal mine workers had been ordered, said: "I ara tired of denying these reports of a proposed strike. I have been denying them for sixty days. I have nothing to say for publication." The last national meeting of the miners decided on a scale of 60 cents for Ohio and 69 cents for Pennsylvania and left it to the executive committee to determine the time to put this scale into operation. The committee met hera June 24, 25 and 26, and for three days were eloseted with positive orders not to be called or to admit anybody. On Saturday they gave out that conditions are not favorable to put the proposed new scale into operation now. That, of course, means that there might have been a strike had the new scale been ordered, but not being ordered there can not be any strike.