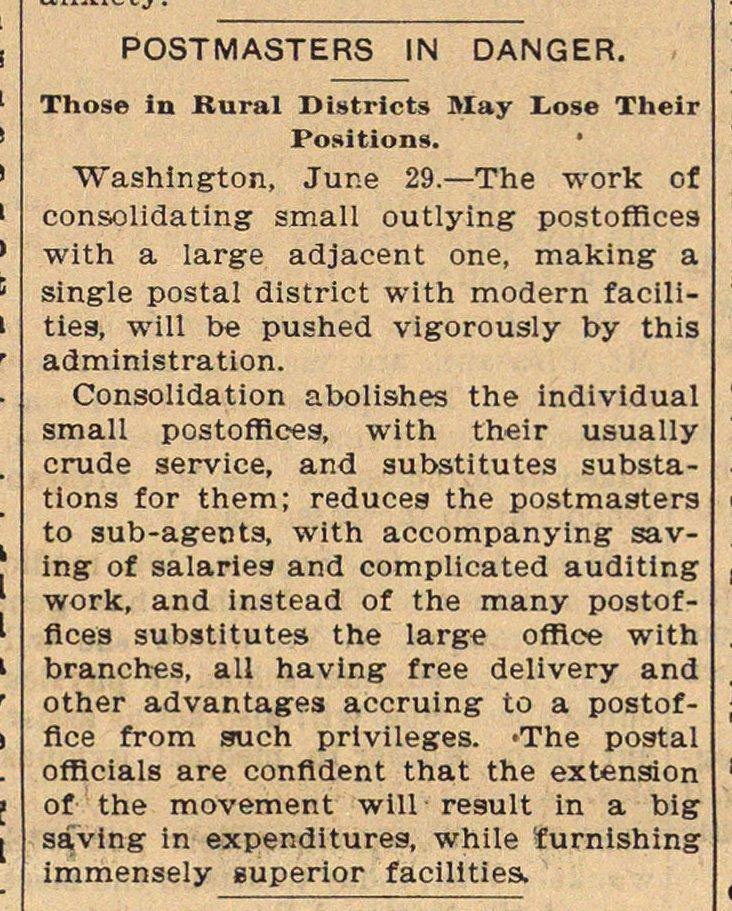 vv ashington, June 29. - The work of consolidating small outlying postoffices with a large adjacent one, making a single postal district with modern facilitiea, will be pushed vigorously by this administra tion. Consolidation abolishes the individual small postomees, with their usually orude service, and substitutes substations for them; reduces the postmaaters to sub-ageot9, with accompanying saving of salaries and complicated auditing work, and instead of the many postofflces substitutes the large office with branches, all having free delivery and other advantages accruing to a postoffice from such privileges. 'The postal officials are confldent that the extensión of the movement will re9ult in a big sáving in expenditures, while furnishing immensely superior facilities.