Charged With Robbing The Mails 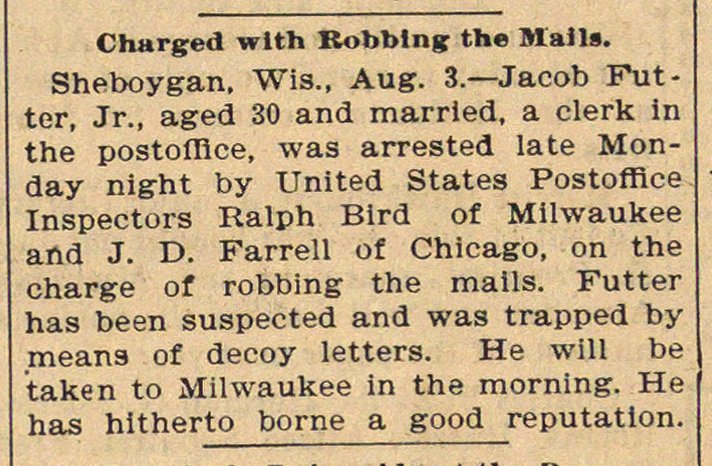 Sheboygan. Wis., Aug. 3.- Jacob Futter, Jr., aged 30 and married, a clerk in he postoffice, was arrested late Monday nig-ht by United States Postofflce Inspectors Ralph Bird of Milwaukee and J. D. Farrell of Chicago, on the charge of robbing the mails. Futter ïas been suspected and was trapped by means of decoy letters. He will be ;aken to Milwaukee in the morning. He las hitherto borne a good reputatlon.