Captain Out Of Step 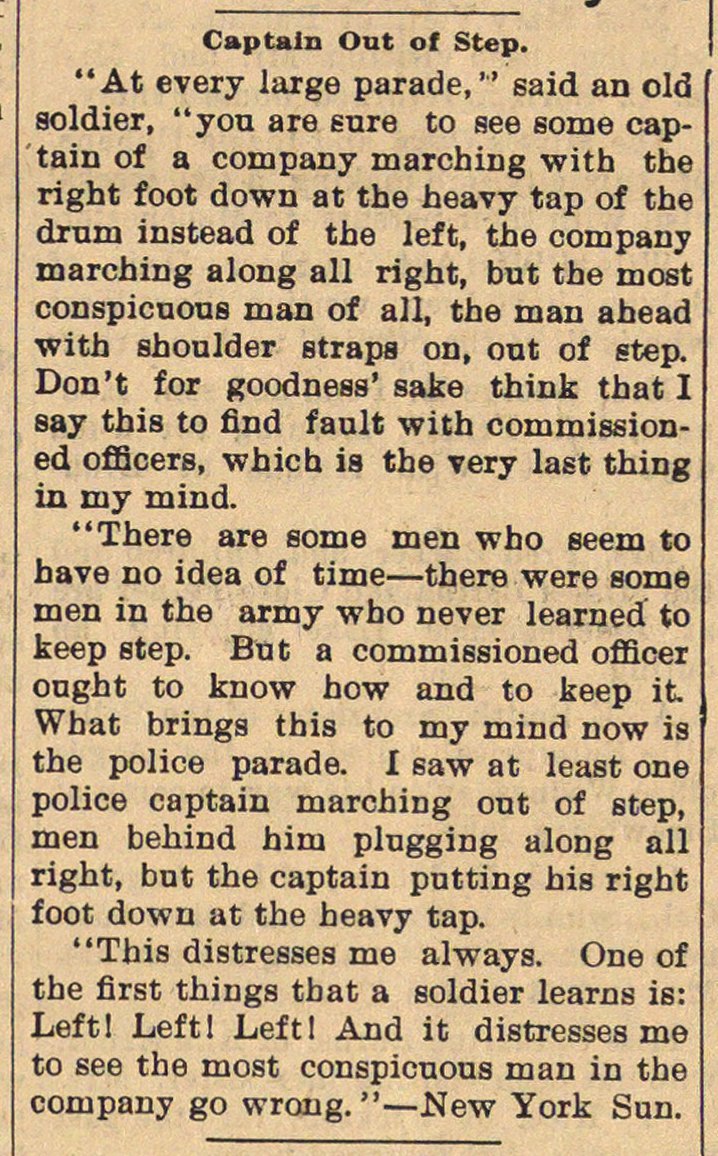 "At every large parade," said an old soldier, "yon are eure to see some captain of a company marching with the right foot down at the heavy tap of the drum instead of the left, the company marching along all right, but the most conspicuous man of all, the man ahead with shoulder atrapa on, out of step. Don't for goodness' sake think that I say this to find fault with commissioned officers, whicb. is the very last thing in my mind. "There are some men who aeem to have no idea of time - there were some men in the army who never learned to keep step. Bnt a commissioned offlcer onght to know how and to keep it What brings this to my mind now is the pólice parade. I saw at least one pólice captain marching out of step, men behind him plugging along all right, bnt the captain putting his right foot down at the heavy tap. "This distresses me always. One of the flrst things tbat a soldier learns is: Left! Lef tl Leftl And it distresses me to see the most conspicuous man in the compaiiy go wrong. "■