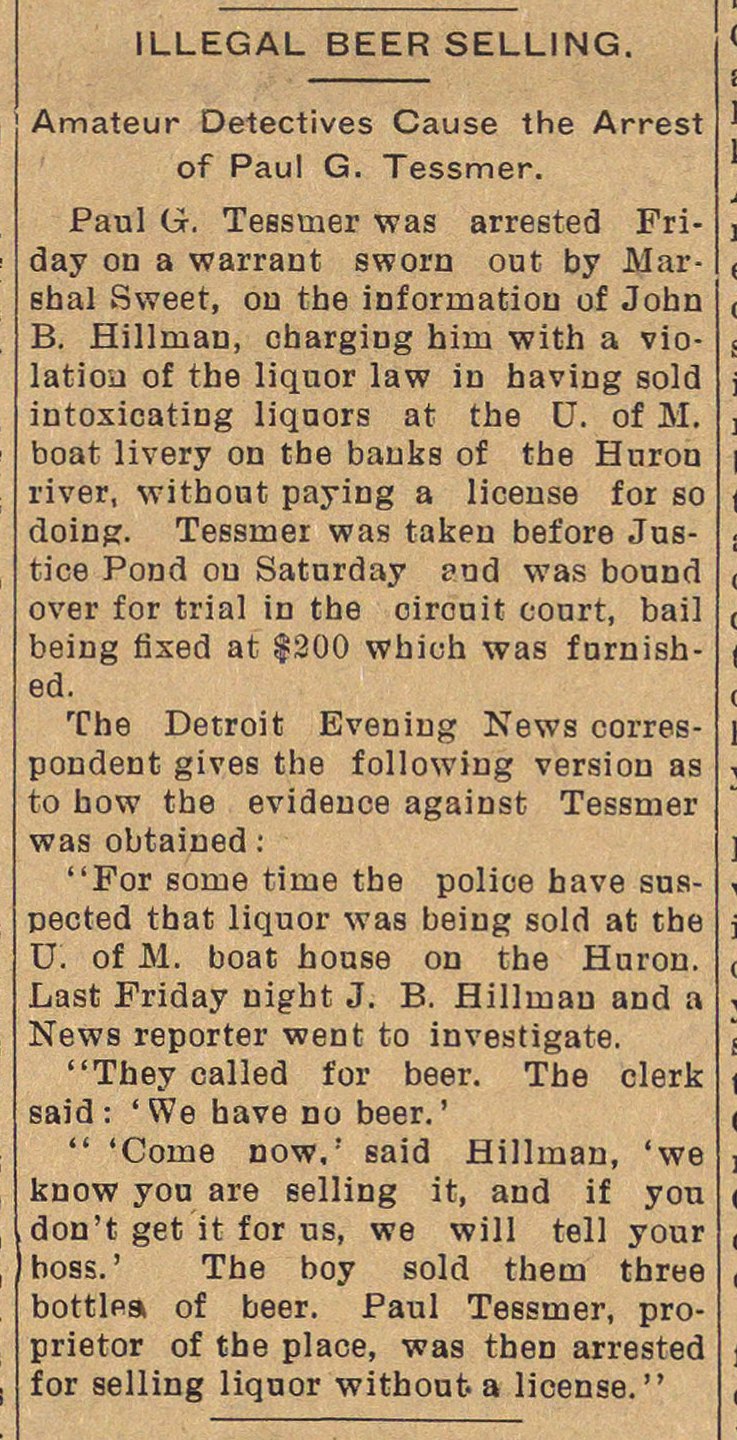 Amateur Detectives Cause the Arrest of Paul G. Tessmer. Paul G. Tessmer was arrested Friday on a warrant sworn out by Marshal Sweet, on the information of John B. Hillman, charging him with a violation of the liquor law in having sold intoxicating liquors at the U. of M. boat livery on the banks of the Huron river, without paying a license for so doing. Tessmer was taken before Justice Pond on Saturday and was bound over for trial in the circuit court, bail being fixed at $200 which was furnished. The Detroit Evening News correspondent gives the following version as to how the evidence against Tessmer was obtained: "For some time the police have suspected that liquor was being sold at the U. of M. boat house on the Huron. Last Friday night J. B. Hillman and a News reporter went to investigate. "They called for beer. The clerk said: 'We have no beer.' " 'Come now: said Hillman, 'we know you are selling it, and if you don't get it for us, we will tell your boss.' The boy sold them three bottles of beer. Paul Tessmer, proprietor of the place, was then arrested for selling liquor without a license."