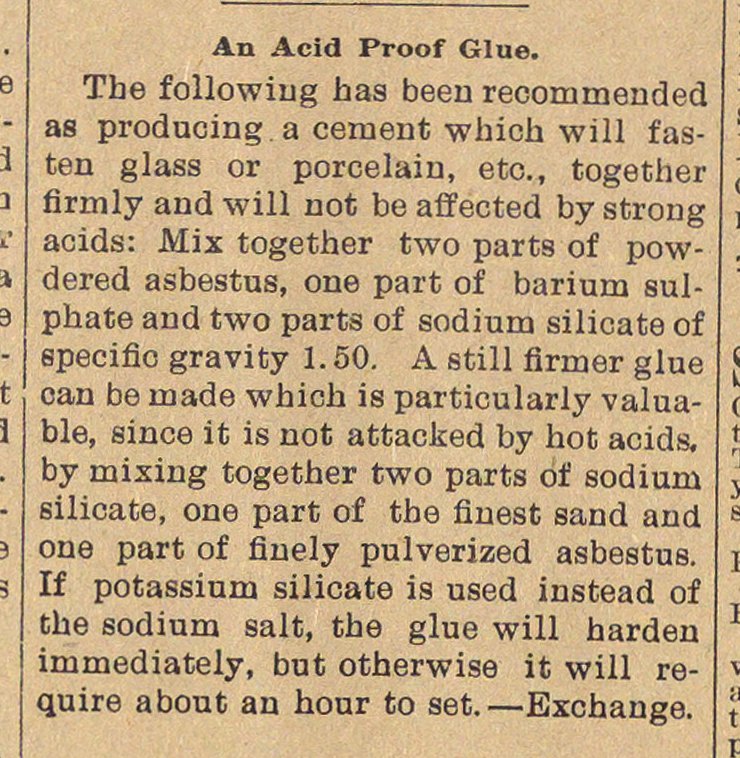 The followiug has been recommeuded as producing a cement which will fasten glass or porcelain, etc, together firmly and will not be affected by strong aoids: Mix together two parts of powdered asbestus, one part of barium sulphate and two parts of sodium silicate of specifio gravity 1. 50. A still firraer glue can be made which is particularly valuable, since it is not attacked by hot acids. by mixing together two parts of sodium silicate, one part of the flnest sand and one part of flnely pulverized asbestus. If potassium silicate is used instead of the sodium salt, the glue will harden immediately, but otherwise it will quire about an honr to