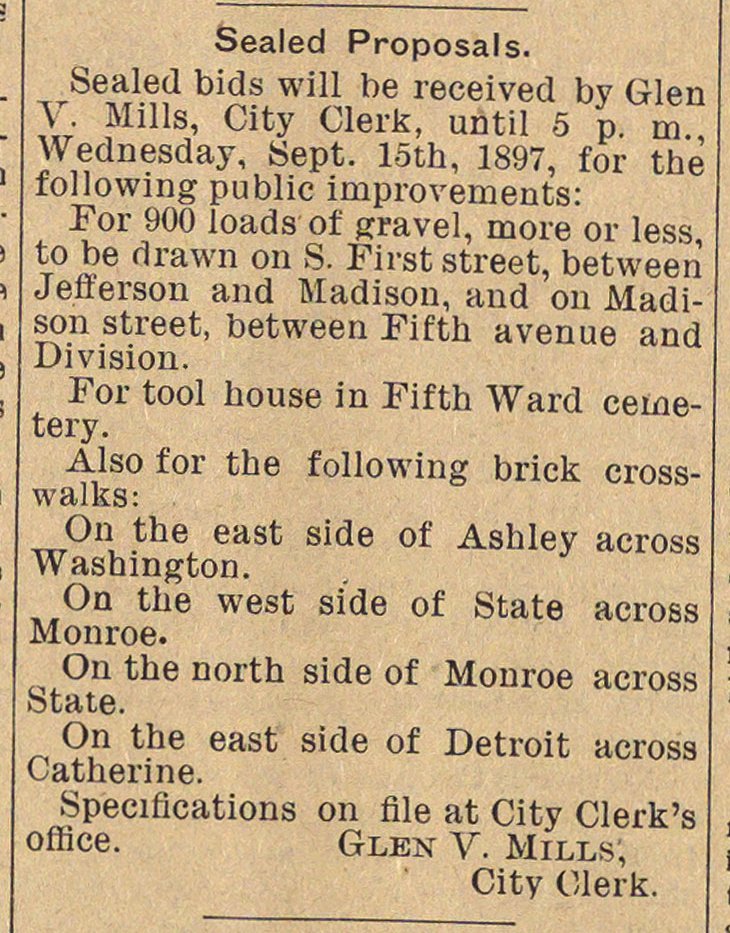 Sealed bids will be received by Glen V. Mills, City Clerk, until 5 p. m vvednesday, Sept. 16th, 1897, for the following public improvements: For 900 loads of gravel, more or less to be drawn on 8. First street, between Jefferson and Madisou, and on Madison street, between Fifth avenue and División. For tooi house in Fifth Ward cemetery. Also for the following brick crosswalks: On the east side of Ashley across Washington. On the west side of State across Monroe. On the north side of Monroe across State. On the east side of Detroit across Catherine. Specifications on file at Citv Clerk's olhce. City Olerk.