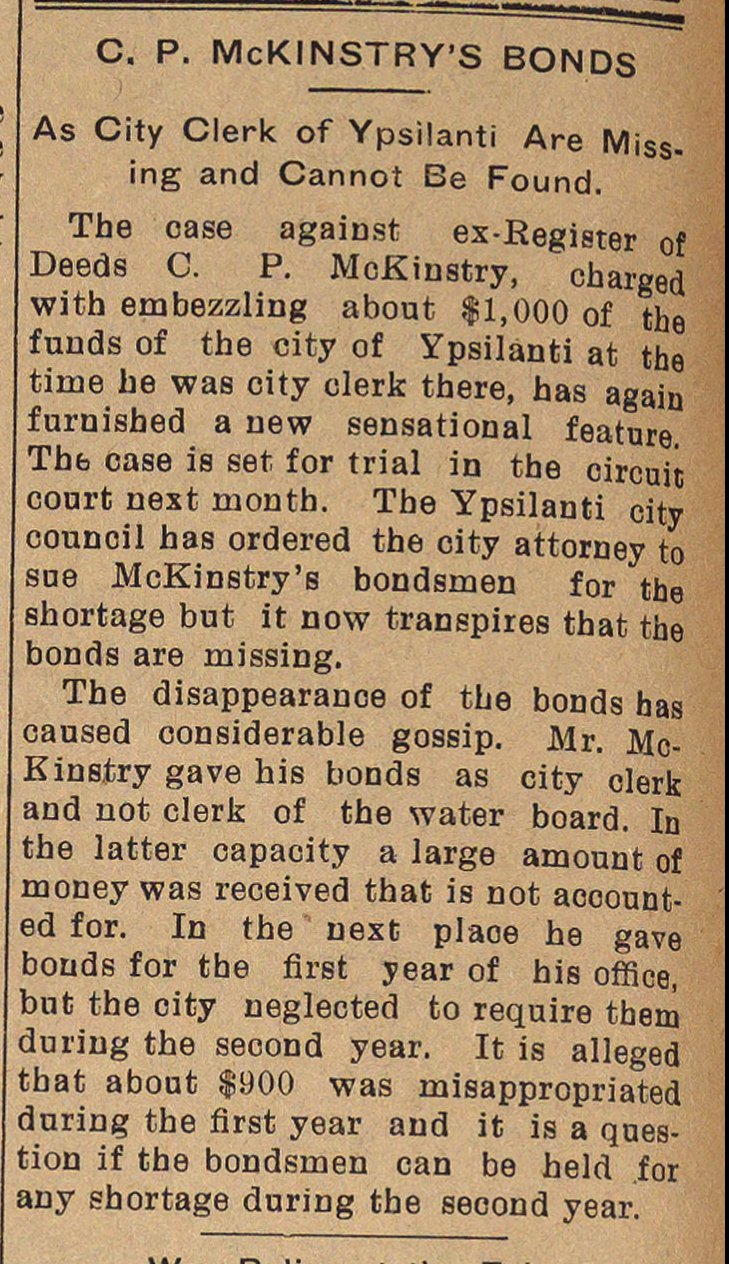 The oase against ex-Register of Deeds C. P. MoKinstry, charged with embezzling about $1,000 of the funds of the city of Ypsilanti at the time he was city clerk there, has again furuished a uew sensational feature The case is set for trial in the circuit court next month. The Ypsilanti city council has ordered the city attorney to SD8 McKinstry's bondsmen for the shortage but it now transpires that the bonds are missing. The disappearance of the bonds has caused considerable gossip. Mr. McKinstry gave his bonds as city clerk and uot clerk of the water board. In the Jatter oapacity a large amonnt of money was received that is not acoounted for. In the next plaoe he gave bouds for the first year of his office, but the city neglected to require theni during the second year. It is alleged that about $900 was misappropriated cluring the first year aud it is a qnestion if the bondsmen can be held for any shortage during the second year.