Bound Over To The Circuit 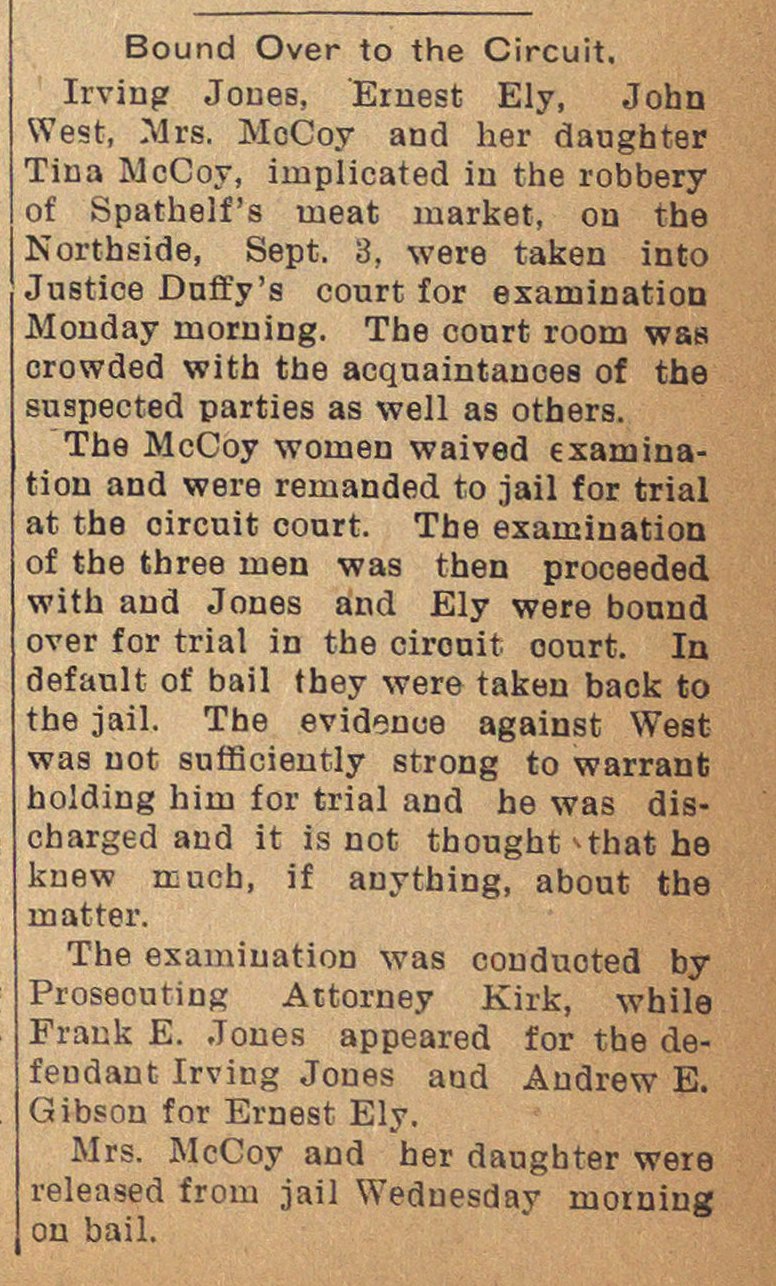 Irving Jones, Ernest Ely, John West, Mrs. McCoy and her daughter Tina McCoy, implicated in the robbery of Spathelf's meat market, on the Northside, Sept. 3, were taken into Justice Duffy's court for examination Monday morning. The court room was crowded with the acquaintances of the suspected parties as well as others. "The McCoy women waived Examination and were remanded to jail for trial at the circuit court. The examination of the three men was then proceeded with and Jones and Ely were bound over for trial in the circuit court. In default of bail they were taken back to the jail. The evidence against West was not sufficiently strong to warrant holding him for trial and he was discharged ahd it is not thought that he knew much, if anything, about the matter. The examination was conducted by Prosecuting Attorney Kirk, while Frank E. Jones appeared for the defendant Irving Jones and Andrew E. Gibson for Ernest Ely. Mrs. McCoy and her daughter were released from jail Wednesday morning on bail.