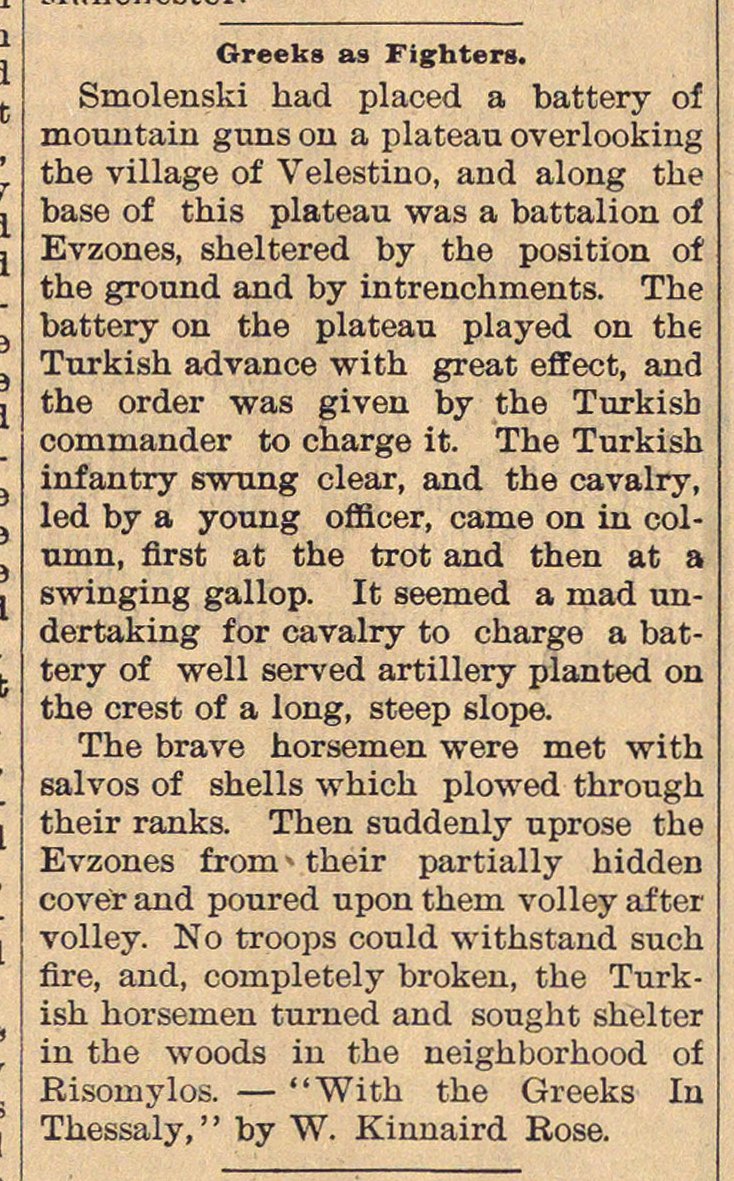 Smolenski had placed a battery oí mcrantaiii guns ou a plateau overlooking the village of Velestino, and along the base of this plateau was a battalion of Evzones, sheltered by the position of the ground and by intrenchments. The battery on the plateau played on the Turkish advance with great effect, and the order was given by the Turkish commander to charge it. The Turkish infantry swung clear, and the cavalry, led by a young officer, came on in column, first at the trot and then at a swinging gallop. It seemed a mad undertaking for cavalry to charge a battery of well served artillery planted on the crest of a long, steep slope. The brave horsemen were met with salvos of shells which plowed through their ranks. Then suddenly uprose the Evzones from their partially hidden cover and poured upon them volley af ter volley. No troops could withstaud such fire, and, completely broken, the Turkish horsemen turned and sought shelter in the woods in the neighborhood of