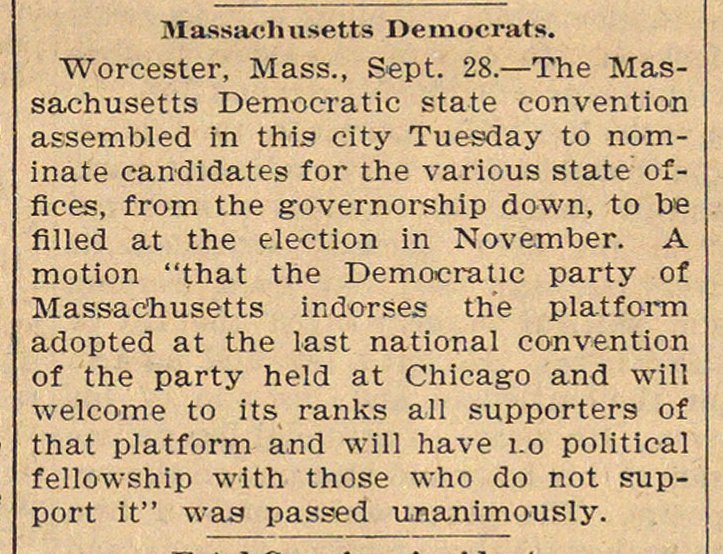 Worcester, Mass., Sept. 28. - The Massachusetts Democratie state convention assembled in this city Tuesday to nomínate eandidates for the various state offices, from the governorship down, to toe filled at the election in November. A motion "that the Democratie party of Massac'husetts indorses the platform adopted at the last national convention of the party held at Chicago and wlll welcome to its ranks all supporters of that platform and wil] have 1.0 politieal fellowship with those who do not support it" waa passed unanimously.