All About A Bicycle 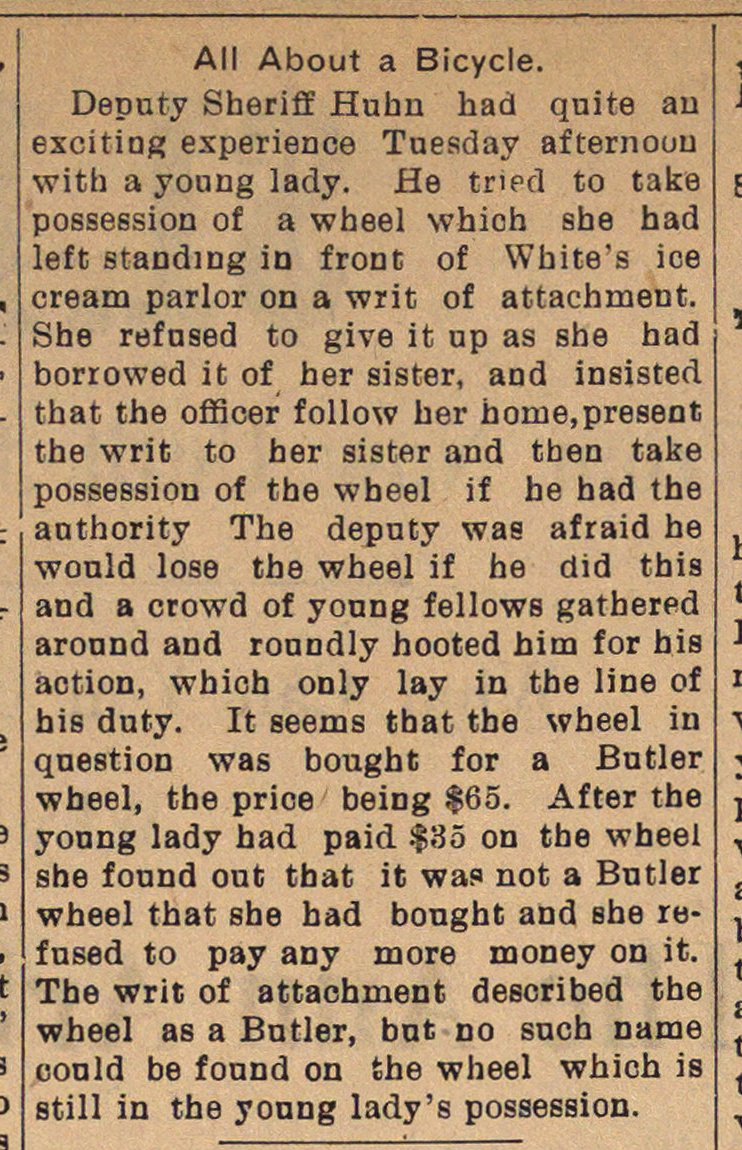 Deputy suena Hunn liad quite au excitiag experience Tuesday afternouu witb a young lady. He tried to take possession of a wheel which she had left standing in front of White's ice creatn parlor on a writ of attachment. She refused to give it up as she had borrowed it of her sister, and insisted that the officer follow her home, present the writ to her sister and tben take possession of the wheel if he had the anthority The deputy was afraid he wonld lose the wheel if he did this and a crowd of young fellows gathered aronnd and roundly hooted him for bis aetion, whioh only lay in the line of bis dnty. It seems that the wheel in qnestion was bought for a Butler wheel, the price being $65. After the yonng lady had paid $35 on tbe wheel she found out tbat it wae not a Butler wheel that she had bonght and sbe refused to pay any more money on it. The writ of attachment described the wheel as a Butler, bat no such name conld be found on the wheel which is still in the young lady's possession.