Most Wonderful Cave In The World 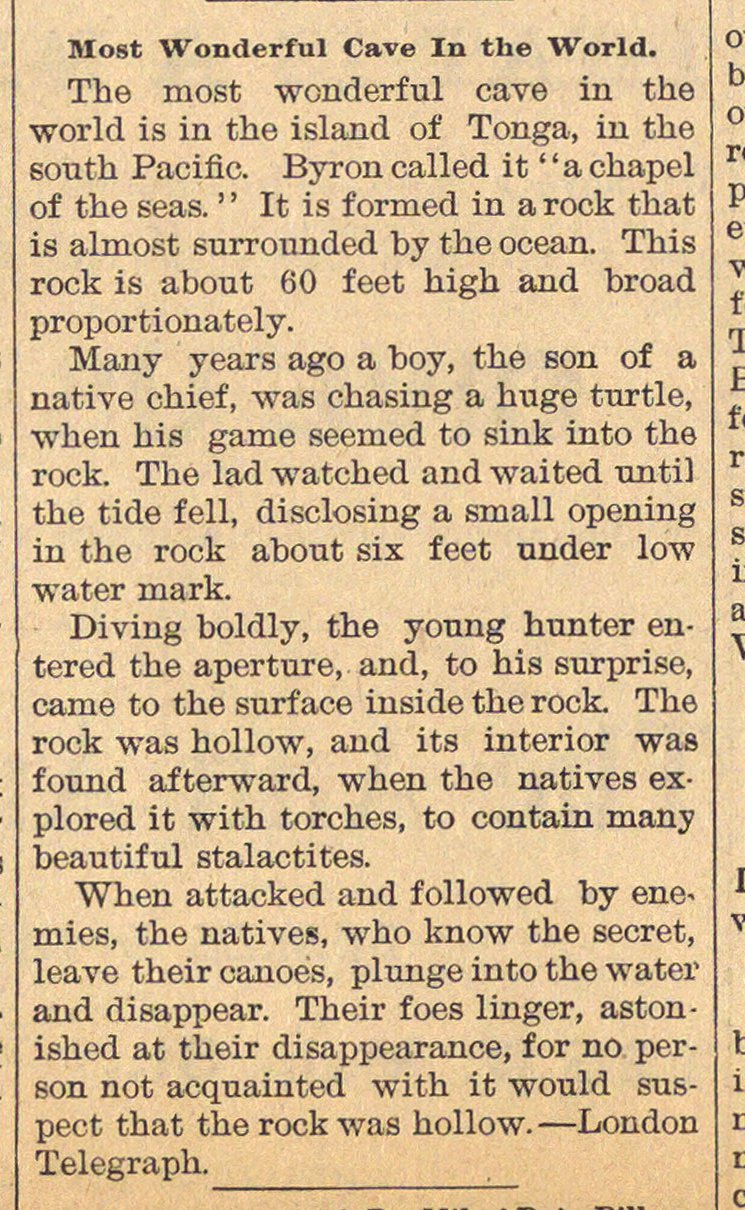 The most wonderful cave in the world is in the island of Tonga, in the south Pacific. Byroncalled it "achapel of the seas. " It is f ormed in a rock that is almost surrounded by the ocean. This rock is about 60 feet high and broad proportionately. Many years ago a boy, the son of a native chief, was chasing a huge turtle, when his game seemed to sink into the rock. The lad watched and waited ■anti) the tide feil, disclosing a small opening in the rock about six feet under low water mark. Diving boldly, the yonng hunter entered the aperture, and, to his surprise, came to the surf ace inside the rock. The rock was hollow, and its interior was found af terward, when the natives explored it with torches, to contain many beautiful stalactites. When attacked and followed by enemies, the natives, who know the secret, leave their canoes, plunge into the water and disappear. Their f oes linger, astonished at their disappearance, for no person not acquainted with it would