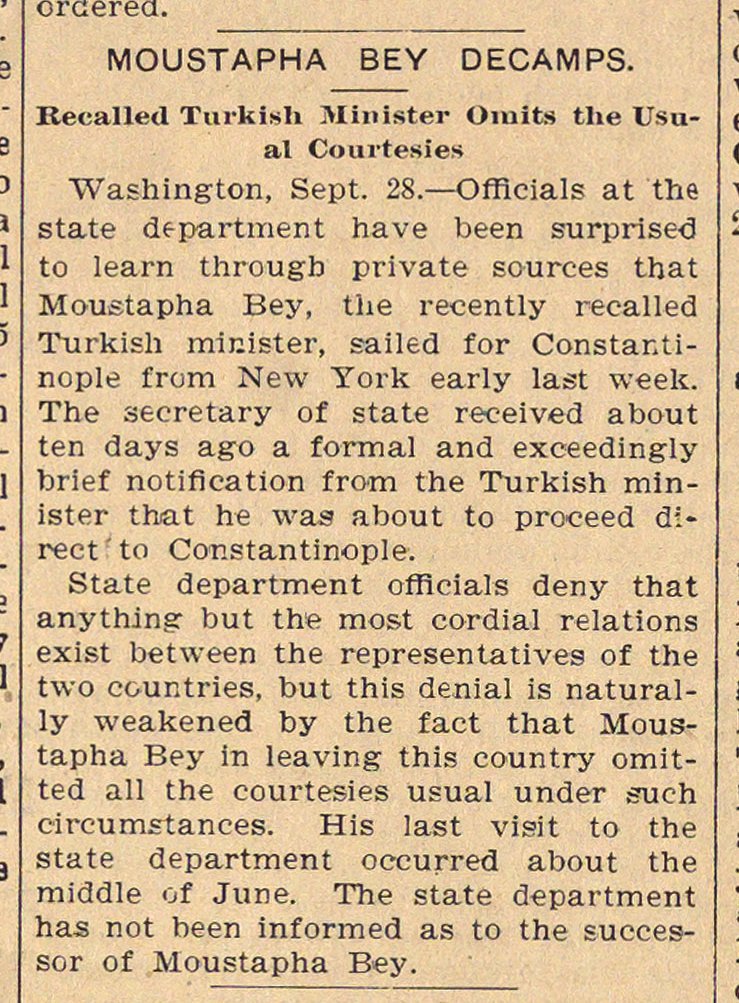 Washington, Sept. 28.- Officials at the state department have been surprise3 to learn througb private sourees that Víoustapha Bey, the recently recalled Turkish minister, sailed for Constar.tinople from New York early last week. The secretary of state reeeived about en days ago a formal and exceedingly jrief notification from the Turkish minster that he was about to pro?eed direct 'to Constantinople. State department officials deny that anything but the most cordial relations exist between the representatives of the wo countries, but this denial is naturaly weakened by the fact that Mousapha Bey in leaving this country omited all the courtesies usual under such c-ircumstances. His last visit to the state department occurred about the middle of June. The state department has not been informed as to the successor of Moustapha Bey.