Life In The Polar Regions 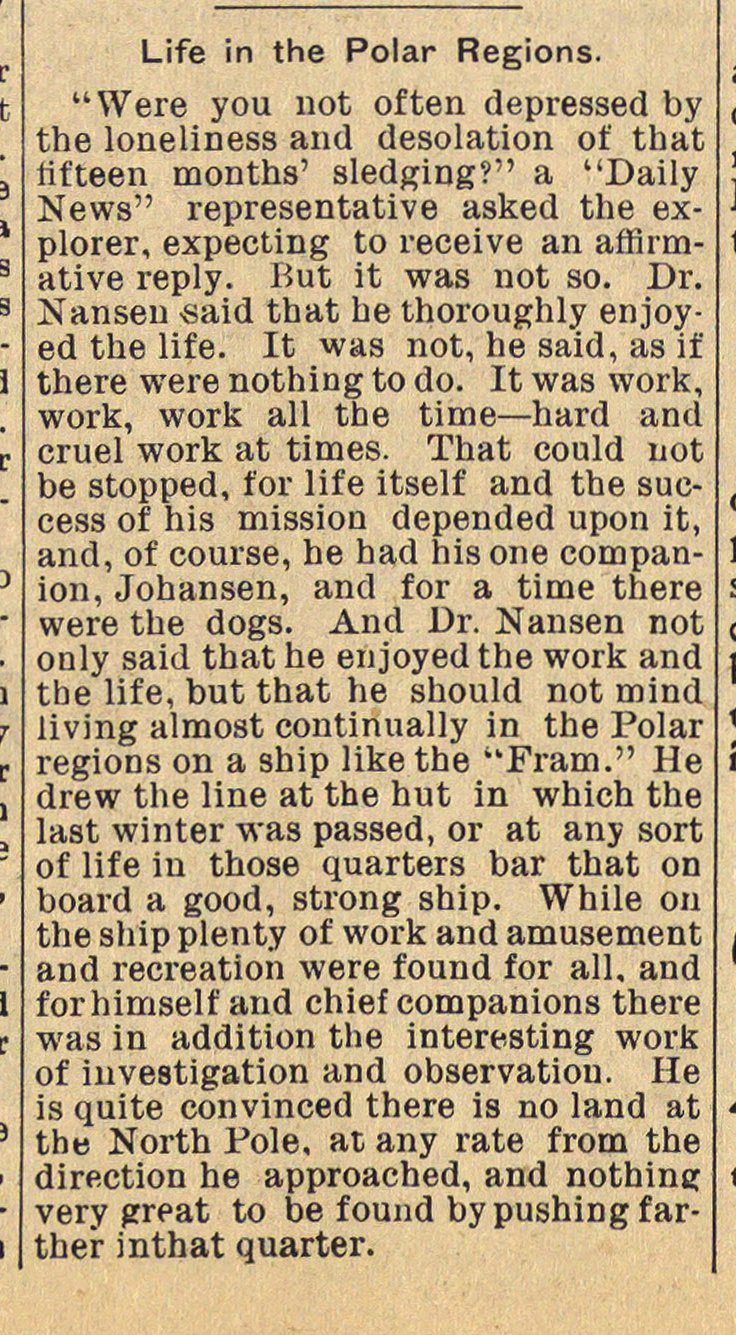 "Were you not of ten depressed by the loneliness and desolation of that lifteen months' sledging?" a "Daily News" representativo asked the explorer, expecting to receive an affirmative ï'eply. Hut it was not so. Dr. Nansen aid that he thoroughly enjoyed the life. It was not, hé said, as if there were nothing to do. It was work, work, work all the time - hard and cruel work at times. That could not be stopped, tor life itself and the success of his mission depended upon it, and, of course, he had hisone companion, Johansen, and for a time there were the dogs. And Dr. Nansen not only said tbat he en joyed the work and the life, but that he should not mind living almost continually in the Polar regions on a snip likethe ilFram." He drew the line at the hut in which the last winter was passed, or at any sort of life in those quarters bar that on board a good, strong ship. While on the ship plenty of work and amusement and recreatioii were found for all, and for himself and chief companions there was in addition the interesting work of investigation and observatiou. He is quite convinced there is no land at the North Fole. at any rate from the direction he approached, and nothing very great to be found by pushing f arther inthat quarter.