Blanco In A Bad Way 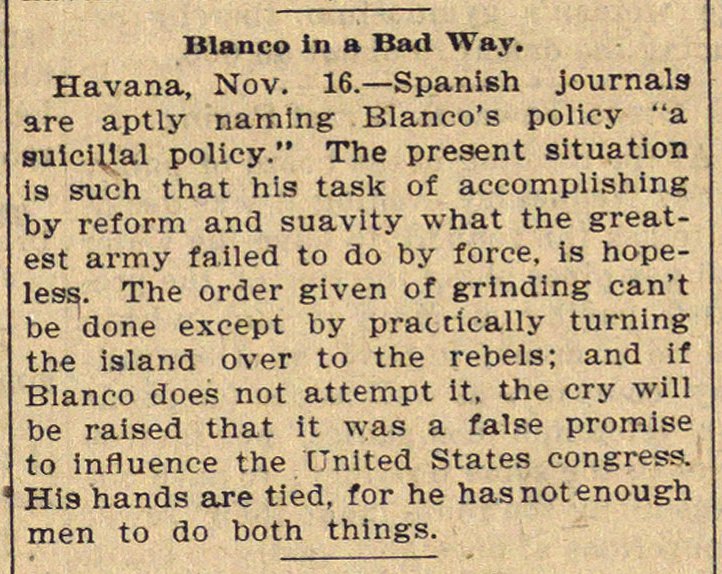 Havana, Nov. 16.- Spanish journals are aptly naming Blanco's policy "a suicilial policy." The present situation is such that his task of accomplishing by reform and suavity what the greatest army failed to do by force. is hopeless. The order given of grinding can't be done except by practically turning the island over to the rebels; and if Blanco does not attempt it, the cry will be raised that it was a false promise to influence the tTnlted States congres;?. His hands are tied, for he hasnotenough men to do both things.