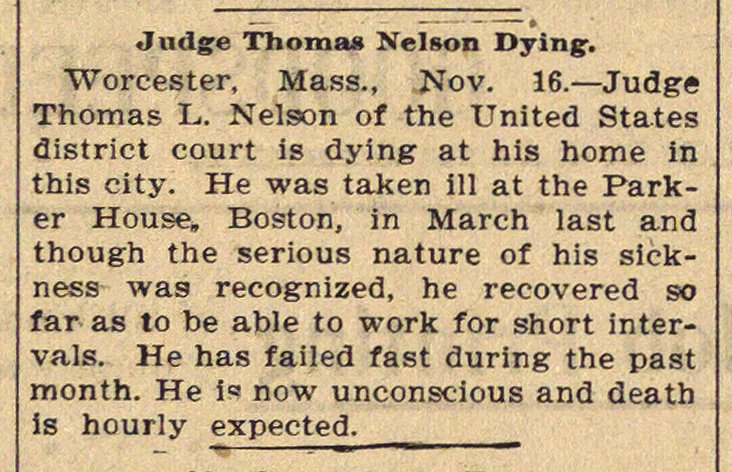 Worcester, Mass., Nov. 16. - Judge Thomas L. Nelson of the United States district court is dying at his home in this city. He was taken ill at the Parker House, Boston, in March last and though the serious nature of his sickness was recognized, he recovered so far as to be able to work for short intervals. He has failed fast during the past month. He i now unconscious and death Js hourly expected.