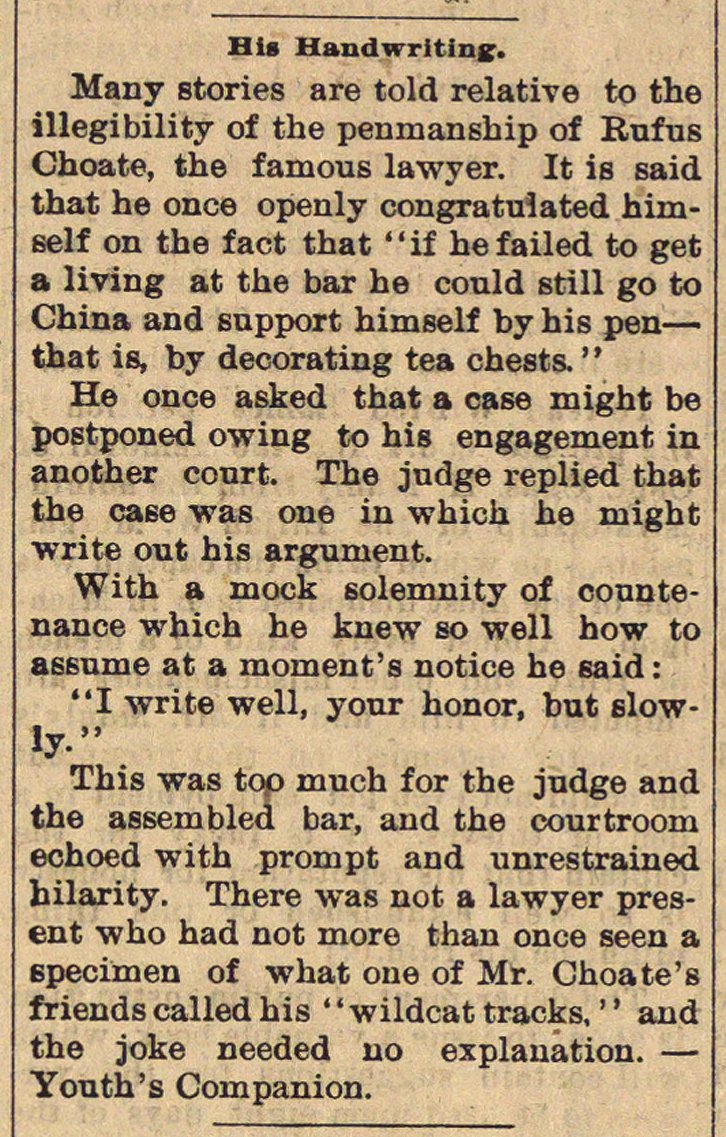 Many stories are told relativo to the illegibility of the penmanship of Bnfus Choate, the famous lawyer. It is said that he once openly congratulated himself on the f act that "if hefailed to get a living at the bar he conld still go to China and support himself by his pen - that is, by decorating tea chests. " He once asked that a case might be postponed owing to his engagement in another conrt. The judge replied that the case was one in which he might write out his argument. With a mock solemnity of countenance which he knew so well how to assume at a moment's notice he said: "I write well, your honor, but elowly." This was top much for the judge and the assembled bar, and the courtroom echoed with prompt and unrestrained hilarity. There was not a lawyer present who had not more than once seen a specimen of what one of Mr. Choate's friends called his "wildcat tracks, " and the joke needed uo explanation. -